“I am just so sorry, so sorry he’s gone,” said Lucia Del Santo, who travelled from Kaslo to Duncan.

Friday marks two years since the couple was brutally killed in Duncan’s Charles Hoey Park, but according to Del Santo, the pain of the crime going unsolved makes it feel like just yesterday.

The 76-year-old Kaslo woman said she had been on the phone with Shurie at 10 p.m. that night, wishing him a Merry Christmas.

According to Del Santo, 37-year-old Shurie — who battled addiction and was living homeless with Williams — promised her he was going into rehab.

“He was so close, so close to getting out,” she said.

Del Santo noted that Shurie also mentioned on the call that he had lent his phone to someone he wished that he hadn’t and that he was going to collect it.

“He was meeting them that night. He was running late,” she said.

Within an hour of Shurie’s call to his mother, he and Williams were attacked.

“I would like anybody who knows what happened on Christmas Eve to come forward. It’s not right to not come forward,” she said.

Del Santo said her son was admitted to Cowichan District Hospital just weeks before his murder, sick and wanting to enter rehab, but she said he was released.

Del Santo is still waiting for a response from Island Health to her complaint.

According to the RCMP’s Vancouver Island Major Crime Unit, the couple’s murder is still an active investigation, but have no updates on their case.

No arrests have been made at this time either, which leaves the victims’ families without answers or the peace they need going into another Christmas. 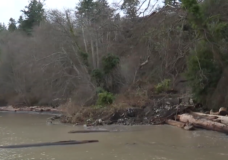 'I looked up and trees started moving so I turned and ran': Saanich man recounts close call with mudslide 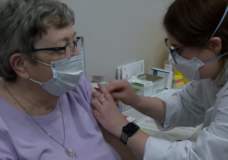 'It shouldn't be this hard to get a booster shot': British Columbians vaccinated out-of-country facing difficulties