With the sun shining and an energizing Jazzercise warm-up,  face painting and a big bouncy castle, the mood is fun and light.

But the cause is incredibly important.

This is the 35th year for the walk, which raises money for the Aga Khan Foundation and its work in developing nations.

“It is very much a big passion project for me,” says Ramji, who’s been involved for several years. “I grew up in the developing world and have seen the level of poverty that exists and feel very privileged to be living in Canada.”

It’s a feeling echoed by many of the people taking part in Victoria’s walk.

“I’m from India and you see the same thing in Africa,” says Victoria businessman and philanthropist Gordy Dodd. “You have so much poverty over there and the people need lots of help.”

It’s a cause that’s important to me because 10,000 people have died globally in any given 24-hour period,” adds participant Scott Crosman of CIBC. “It’s just really important to come out and support any way you can.”

The guest of honour for the walk this year is British Columbia’s lieutenant governor.

“I’ve been involved in supporting the walk for many years as a volunteer and I think it’s really an important example of how a community can contribute globally, but also locally,” says the honourable Janet Austin.

Since the walk began in Vancouver 35 years ago, more than $120 million has been raised.

There are now 6,000 volunteers and 40,000 participants across the country —all taking steps to end global poverty.

To make a World Partnership Walk donation click on this link. 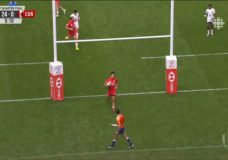 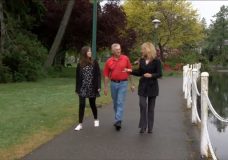