Posted: Jul. 21, 2019 6:39PM
CHEK
WatchHundreds poured into Lake Cowichan Sunday, on a mission to put the tiny town on the map and into the record books. Their goal was to form the longest line of tubers in the world. Skye Ryan reports

From all corners of Vancouver Island they came Sunday. To make history in the tiny tubing mecca of Lake Cowichan, where the warm, slow Cowichan River has long carried troubles away.

Hundreds hoping to put this favourite of Island places on the map and the Guinness Book of World Records.

“So I’m looking forward to seeing if it gets done,” said tuber Spencer Jones.

“And it would be cool to put your name in the books,” said Jones.

Their goal was to line a long rope in back to back inflatables, at least 197 are needed to break the standing record.

“We’re going to use it as far as we can break it,” said Frisby.

“And then everybody’s going to be holding on to each other touching tubes,” he said.

At first there was fear they didn’t have enough bodies to break the record, but a last minute arrival of tubers lifted spirits.

“With us arriving they think they have the record,” said Anita Getty.

When the idea of the world record attempt was announced in drought ridden June it caused immediate concern from locals, since the Cowichan River has been prone to extremely low water levels.

So Sunday organizers had fish friendly sunscreen for everyone to use, to reduce the impact of all the bodies.

“So we’ve got this sunscreen issue and we’re trying to deal with that,” said Frisby.

The event drew a huge crowd that in the end was just what organizers had hoped for.

The world record was unofficially broken with tubers to spare.

“I had no idea it would be this close. We beat it by about five-metres,” he said.

“About 197 people is what we needed to break it,” said Frisby.

Drone images and a count of all the tubers will be reviewed by Guinness World Records, before Lake Cowichan becomes the new holder of a tubing world record. 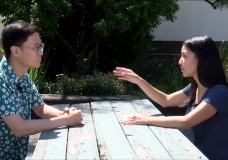 Spotlight Interview: What you need to know before buying a house 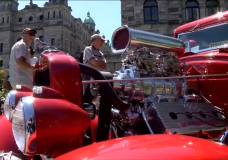