June 26, 2019 updated
CHEK
WatchWATCH: It's being called the biggest event of its kind. Hundreds gathered Tuesday for the international conference on Indigenous languages in Victoria.

Hundreds of delegates from more than 20 countries gathered in Victoria Tuesday for the largest-ever Indigenous languages conference.

Among those present were people with knowledge of 33 of B.C.’s Indigenous languages.

According to the First Peoples’ Cultural Council, three per cent of First Nations people in B.C. consider themselves fluent in their ancestral language.

The conference is taking place during a special year. Earlier this year, the United Nations declared 2019 the year of Indigenous languages.

Earlier this month, the National Inquiry into Missing and Murdered Indigenous Women and Girls released its final report. One of the calls for justice was for Indigenous languages to become officials languages of Canada.

Giselle Marie Martin, who has been learning Tla-o-qui-aht for about ten years, was one of the attendees.

Eleanor Nooski, a Dakelh learner, says a gap in Dakelh knowledge has been the result of colonization and residential schools.

She aims to become a fluent speaker within five years.

“It’s a beautiful language and all our language is land-based,” she said. “Everything is connected to the land, so if we preserve our language, it’ll protect our land.” 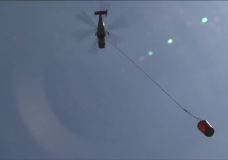 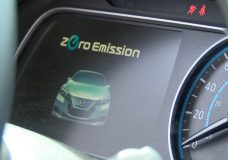