June 26, 2019 updated
CHEK
Watch>WATCH: The B.C. government is clarifying its rules around electric vehicle rebates. This weekend, it suddenly slashed those amounts. That forced some buyers to fork out thousands of extra dollars for their cars. But as Mary Griffin reports, others say it proves the program is working.

With a push of the button, a Nissan Leaf starts up. The model is the hottest vehicle on the Campus Nissan car lot. And sales are only increasing, according to General Manager Brad Ostermann.

“We did less than fifty electric vehicles on Nissan Leaf in 2017. Essentially predicated on supply from the manufacturer. We did 173 in 2018, a considerable increase,” Ostermann said.

One of the factors that lead to booming sales in electric vehicles (EVs) was an up to $10,000 incentive program from both the federal and provincial governments.

But now the province is pulling the plug on part of its rebate, and Blair Qualey, the CEO of the New Car Dealers Association of BC, said it’s forcing some buyers to fork out thousands of extra dollars for their cars.

“Well, it happened rather abruptly over the weekend, and it did create some confusion both for consumers and some of our dealer members,” Qualey said.

New Tesla owners Tony and Jenny Bergelt are still disappointed with the reduction to the grant program.  “We discussed whether we wanted to go ahead with the purchase,” Tony Bergelt said.

The province issued a clarification on Monday that eligible buyers would be included into the program on or before June 22.

But Green Party leader Andrew Weaver says the changes prove the program is working. “This has been so successful. 15 per cent of all new cars were electric sold in British Columbia in May of this year,” Weaver said.

The federal rebate of $5,000 for qualifying vehicles, which began on May 1, is still available. 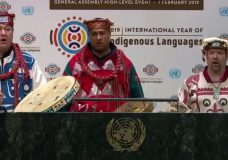