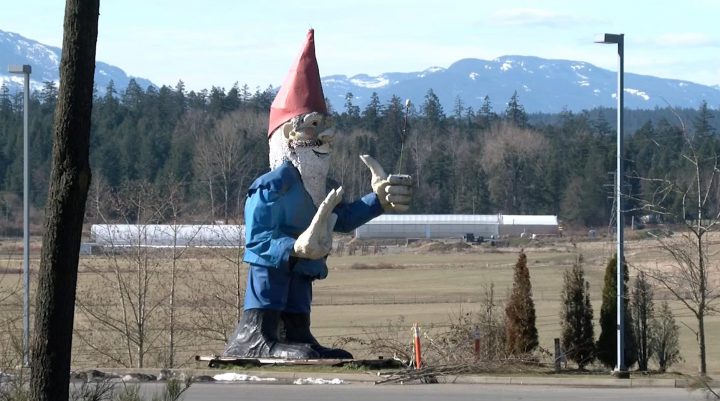 Howard the Gnome will soon have a new home on Vancouver Island. File photo.

The list of places that might be the next home for the world’s tallest gnome is down to five.

The eight-metre ESSO gnome, “Howard,” that is situated at a Chevron in Nanoose Bay is being removed at the end of March. The owners of the property where Howard is situated do not want to keep the gnome so the family of Ron Hale, who built Howard in 1998, launched a search at the beginning of March.

The family carrying out the search narrowed down the possibilities Tuesday.

The top five locations are:

Bridget Matewish, granddaughter of Hale said they have had offers from as far away as Georgia and Nova Scotia.

The main criteria for narrowing down the list was to try to keep it close to its current home in Nanoose Bay and find a place with the same family feel he was built for. Howard first used as a mascot for an amusement park owned by the Hale family.

A final decision will be made on Tuesday. 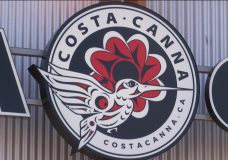 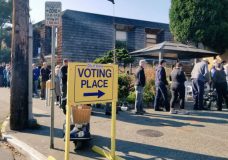