How to help hummingbirds in Vancouver Island’s cold and snow

As snow blasts across British Columbia, birds of all kinds are having a tough time.

“It’s certainly a problem for birds in terms of getting food,” said Ann Nightingale, a volunteer at Rocky Point Bird Observatory on southern Vancouver Island.

And though birds of all shapes and sizes come ready-made with their own down jackets, smaller ones like hummingbirds, are having a much harder time staying warm.

The Wildlife Rescue Association says 53 hummingbirds from the Lower Mainland were brought into its care during the last week of December when the temperature first plummeted.

On the Island, birders are worried about the cold.

“People in Victoria are extremely passionate about hummingbirds, and I can tell when they come in the store, they’re very concerned about it,” said Thomas Dudley who owns Wild Birds Unlimited in Saanich.

The shelves at Wild Birds which typically hold hummingbird feeders are bare, as the store waits for a shipment of new feeders next week.

“My phones been off the hook for hummingbird feeders,” said Dudley.

For those who do have feeders, Dudley is reminding people to make sure they’re clean and stocked and to keep their feeders from freezing.

“Some people will have one that’s outside, and they’ll leave that outside for a couple hours, then they’ll rotate [in another one],” said Dudley.

“Once nighttime comes you can take it all inside and the birds all go to sleep and then it can go back in the morning.”

There are also hummingbird feeder heaters that will keep things toasty for the little ones, as heavy snow that’s expected to hit Greater Victoria Wednesday night, will likely make for some cold nights ahead.

“Hummingbirds do something at night and sometimes when it gets very cold, called torpor. It’s like a mini hibernation where their heart rate and breathing will slow down, and for all appearances, they will look dead. They might be, but it might also be in torpor,” said Nightingale.

“So before you do anything dramatic, put it in a warm place in a box. Check on it every half an hour outside, lift the cover and maybe the bird will fly away.” 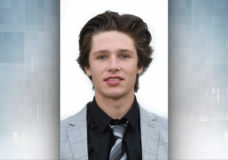 'The most wholesome person you could ever meet': Teammates remember hockey player killed in Langford crash 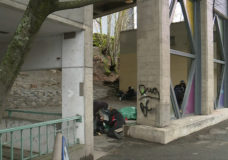