The hottest weather the Island had this Summer is going to arrive this weekend.

Environment Canada has issued a special weather statement warning temperatures will rise into the low thirties for parts of the south coast, including parts of Vancouver Island.

With blue skies and temperatures rising Westwood Lake in Nanaimo is a popular place to cool down.

“I think everyone should go to the beach more often now,” Karelena Sharon, a Gabriola Island resident visiting Nanaimo.

And the next two days there will be even more reason to hit the beach — temperatures are supposed to hit the low thirties on parts of Vancouver Island. It’s the warmest weather we’ve had so far this year.

“I’m super excited. I really am. I think it was a late start this Summer so I’m super excited to spend any day that’s plus thirty out at the river of course and possibly the lake here,” said Steven Jackson, a Nanaimo resident.

Environment Canada has issued a special weather statement for Nanaimo to Duncan, Courtenay to Campbell River, and Nanoose Bay to Fanny Bay for Sunday and Monday.

It says while temperatures rise to the low thirties it’s advising people to stay hydrated, protect themselves from the sun, limit activity during the heat of the day, and never leave children or pets in a parked car.

“We’re going to have to maybe go down to the ocean and catch some cooler breezes I think,” said Karen Kinakin, who was visiting Nanaimo from Campbell River.

“I love the heat. I thrive in the heat so I’m happy,” said Amber Nicole, who’s visiting Nanaimo from the lower mainland.

But those who like the heat, better enjoy it while it lasts as Environment Canada says temperatures will start to drop on Tuesday as the ridge weakens allowing slightly cooler marine air to flow in.

It’s a glimmer of heat with plenty more Summer sun to go. 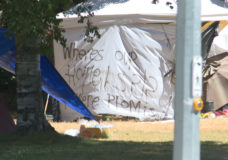 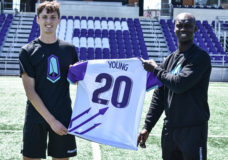