Posted: Aug. 15, 2020 7:18PM | Last Updated: Aug. 16, 2020 11:18AM
CHEK
WatchConservation officers spent Saturday searching for one, maybe even two cougars in the Meadowood subdivision after a pony was killed in a pen near a home Friday.

People living in and around rural subdivision near Qualicum Beach are keeping a close eye on their children and pets after a cougar killed a horse on Friday.

The large cat was seen on top of a horse in a paddock not far from the Meadowood Store in the Meadowood subdivision, a neighbourhood near Dashwood and Qualicum Beach.

Other house pets have also been reported missing in the last week.

Chris Burger, president of the Corcan Meadowood Residents Association, told CHEK that residents in the rural subdivision are worried and on edge.

“We’re used to cougars here, we have cougars coming through all the time, we’re in a wild area but this is a little different,” he added.

B.C. Conservation Officer Service, with the help of a houndsman and his dogs, tried to capture the cougar on Saturday but were unsuccessful.

“The horse is considered a bit different because it’s contained in a paddock, it’s close to the house, and husbandry practices are there to try to protect them,” explained B.C. Conservation Officer Dan Eichstadter.

The situation has residents living in the area admitting to being more nervous than normal, even though cougars are not unusual there.

“Somebody reported that there was a kill, that somebody’s cat got taken and eaten. It was pretty upsetting so we’ve been kind of worried about our little chihuahuas,” said Corcan Road resident Luise Elphick.

“A lot of people reported seeing two so that could be a mother and a cub hunting which makes the situation a little more dangerous for everybody, they really need to be aware,” added area resident Fiona Holoboff. “This is where we live, we are living in their neighbourhood.”

Conservation officers agree there could be two cougars and are asking people to call the Report All Poachers and Polluters (RAPP) line at 1-877-952-RAPP to report any sightings. 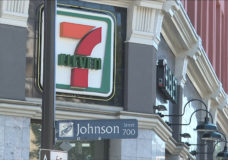 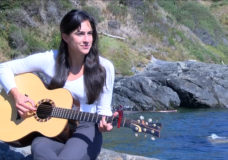