Singer/songwriter Jess Perkins doesn’t only play the guitar, she builds them.

“Guitar building just kind of took my love of music and love of songwriting to another level,” said Perkins.

The North Vancouver native turned Islander started her luthier training in 2016, under the guidance of her musically gifted uncle, Ken McBride.

“Throughout my whole life he’s been such an inspiration and he was such a cornerstone in getting this album to happen,” said Perkins, who recently released her first full album titled Living Room. It’s a project she started in 2018.

The album was produced by her uncle and her other biggest musical influence, Roy Code.

Tragically, both passed away since the recording.

“They were the two reasons that, you know, let me realize my dream in having a full-length album. The album is dedicated to both of them,” explains Perkins.

Perkins says she’s inspired to carry on their legacy in writing, recording and sharing her talent for the world.

In addition to her musical pursuits, Perkins is currently finishing up her final year in the teacher’s program at the University of Victoria.

“The little trio of guitar building, teaching, and writing music – that’s what I want.”

Perkins says when it’s safe, she’d also like to perform songs from her album on a Canada-wide tour.

'It's stalking our neighbourhood': Horse killed by cougar leaves residents near Qualicum Beach on edge 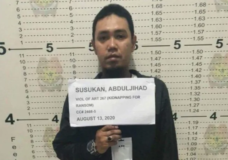