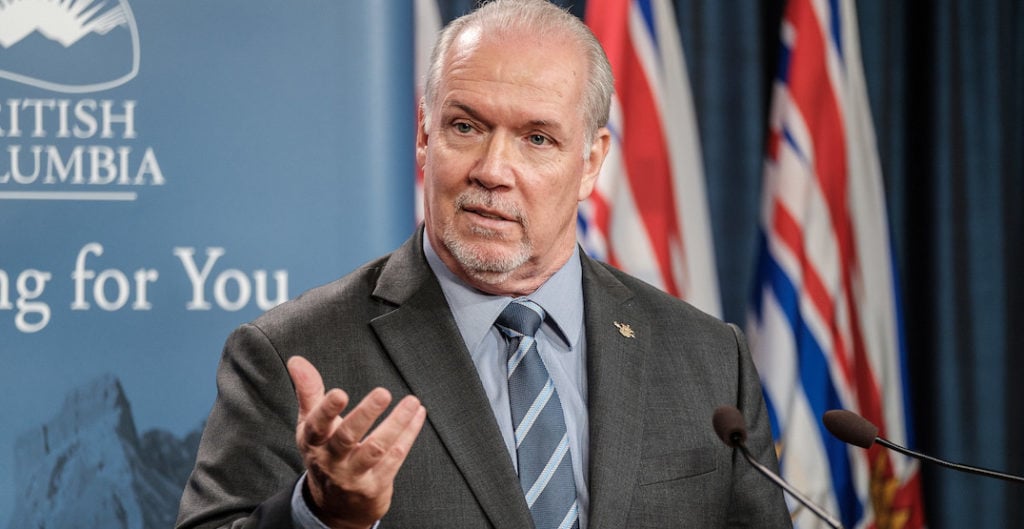 Province of BC
NDP Leader John Horgan says the resignation of a B.C. Liberal candidate in the provincial election for comments on contraception and eugenics represents a failure of the party's leadership.

New Democrat Leader John Horgan says the resignation of a B.C. Liberal candidate in the provincial election for comments on contraception and eugenics represents a failure of the party’s leadership.

Horgan said Friday the resignation of Laurie Throness also raises questions about the views of other Liberal candidates in the Oct. 24 election whom the NDP accuse of being linked to anti-LGBTQ statements.

Throness quit on Thursday as the party’s candidate in Chilliwack-Kent after the NDP released a video of an all-candidates meeting where he said the NDP promise to provide free contraceptives appears similar to past eugenics plans to stop poor people from having more children.

“It seems to me a bit late and a bit of a failure of leadership on behalf of the Liberal party, and it does beg the question, if Mr. Throness is inappropriate, as I believe he is, what about the other anti-LGBTQ candidates that are on the Liberal ballot?” he asked.

Liberal Leader Andrew Wilkinson said in a statement on Thursday that he accepted the resignation after Throness agreed his comments were wrong and inappropriate.

“The B.C. Liberal Party is dedicated to a diversity of perspectives, but all party members must be dedicated to inclusion and equality. That is not up for debate,” said Wilkinson.

Throness announced on Friday he will remain in the race as an Independent.

“This week I used an incorrect word to explain my concerns about an NDP platform proposal to provide free contraception. I want to apologize to all concerned for the damage done to my MLA colleagues and the leader,” he said in a statement on his Facebook page.

“Andrew Wilkinson is a good man who has dealt kindly with me on a personal basis throughout the summer and even yesterday. He should be our premier.”

Throness said he has heard from people who want him to continue in the race, adding: “I’m in it to win it.”

Horgan made his comments about the other Liberal candidates on Friday at a campaign event in Pitt Meadows shortly after the NDP issued a statement calling on Wilkinson to drop Lorraine Brett and Margaret Kunst.

It said Brett, who is running in New Westminster, supported a blog post last summer by author J.K. Rowling that was characterized as transphobic. Rowling has denied the characterization of her position and has said she supported trans rights but did not believe in “erasing” the concept of biological sex.

Kunst and Brett could not be immediately reached for comment. Wilkinson was scheduled to speak at a campaign event on Friday afternoon in Port Moody.

On Twitter, Brett said she was responding in June to “a piece by JK Rowling that was based on her own personal experiences and drew much attention.”

She goes on to say she supports the LGBTQ community.

“I think it’s important to hear different ideas in a fair and open society,” she added.

“The BC Liberals have been unequivocal in our support for the LBGTQ community and worked hard to advance an agenda that builds a better and more tolerant British Columbia. I am running as a BC Liberal because I share these views.”

This report by The Canadian Press was first published Oct. 16, 2020. 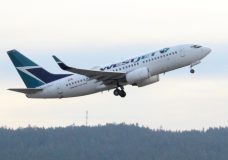 COVID-19 exposure warning posted for flight from Calgary to Victoria 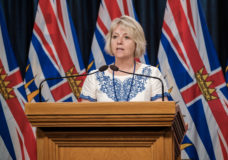