A team of volunteers went into the Beaver Lodge forest lands in Campbell River Monday to clean up yet another camp used by a homeless person.

“I do it because it’s good for the community and I have nothing else to do right now except go and do some cleaning,” said volunteer John Buchanan. “You know I might as well take care of the neighbourhoods that I live in.”

Buchanan is part of a multi-agency program that started in Campbell River in May, in which homeless people or recently homeless are the ones volunteering to clean up.

“I do it because there’s nobody else who wants to do the job,” said volunteer Eric Levesque. “They don’t show people how to pick up any more, they always think somebody else is going to do it.”

And they know that from personal experience. They also know about the stigma of homeless people making a mess in pristine places like this forest.

“The folks in the community are quite thrilled to see people out in their vests and cleaning up and maybe it changes the stigma a bit when it comes to people living outside, folks who maybe use substances,” said program co-ordinator Leanne McIntee, mobile outreach co-ordinator for the Kwakiutl District Council Health office.

Raymond Goodwin has battled addiction for most of his 63 years.

“And I figured that it’s time that I give back because in my addiction of 50 years I was always take, take, take, from the neighbourhood,” said Goodwin. “I just did things that I shouldn’t have done, disrespectful things because that’s what I did in addiction but now that I’m cleaned up I do want to give back and this is what I’m doing.”

And there’s no shortage of people like Raymond who want to volunteer as teams head out three days a week to clean up after people just like them.

“I’m having a good time actually cleaning up the mess because I’ve been homeless for a lot and I don’t like us to get a bad name by this kind of thing,” added Buchanan.

The last count two years ago found 80 homeless people living outside in Campbell River but it’s believed that number has since increased. 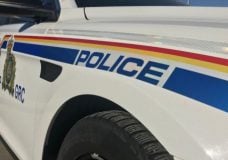 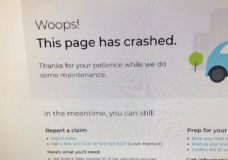