Posted: Aug. 24, 2020 5:45PM
CHEK
WatchRoad test wait times in B.C. could be several months and that's if you can even book an appointment. Tess van Straaten explains.

Taking a driving test can be stressful enough but for thousands of people waiting for a road test in B.C., just trying to book a slot might be the most nerve-racking part.

“Oh my gosh it was just so stressful!” says Kallista Clironomos, who has been waiting for months to book a road test.

Booking appointments for class 5 and class 7 licenses re-opened today, after the COVID shutdown, and it didn’t take long for the ICBC booking page to crash.

“I stayed up until midnight, tried to sign in right away and immediately the website just didn’t’ work,” Clironomos explains. “I kept hitting refresh and finally got through but even through the booking steps, every single page crashed again and in one or two instances, I lost a couple of booking slots because the page crashed mid-book, which was frustrating.”

Many took to Twitter — blasting ICBC for not seeing ‘the road signs’ about the need for increased capacity and complaining about the hours it took to try and book a slot — if they could book one at all.

“We certainly knew that a number of people would be waiting for this day,” says ICBC spokesperson Joanna Linsangan. “It’s been a number of months where we’ve had this pent up demand.”

Call centre phone lines are also overwhelmed so their hours are being extended, some claim centres are being used for testing, and more examiners are being hired.

“We knew we needed to ramp up our ability to conduct as many road tests as quickly as we could,” Linsangan says. “And we do have plans to hire an additional 100 temporary driver examiners.”

Some have already started — including one in Victoria and two in Nanaimo.

But even with additional resources, the wait time is currently four to six weeks in Victoria, six to eight weeks in Nanaimo, and a whopping 12 to 14 weeks on the Lower Mainland.

“I was only able to book at the end of October and not in the initial city I planned to,” Clironomos says. “Since I’ve seen everything online, I guess I was pretty lucky, all things considered!” 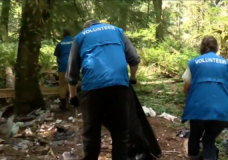 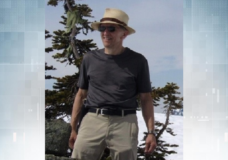