Posted: Aug. 28, 2020 6:06PM
CHEK
WatchIt's a common belief that the homeless people living in Greater Victoria aren't actually from here. But is it reality or myth?

For those living in poverty, COVID-19’s effect hasn’t been equal.

“I think our lack of affordable housing is a national crisis,” said Julian Daly, CEO of Our Place Society, an inner-city community centre serving Greater Victoria’s most vulnerable.

And Victoria police say the homeless encampments, from Beacon Hill to Centennial Square, have been growing since COVID-19 hit. According to Victoria Police Chief Del Manak, many individuals in the encampments have come from out of town.

Just look to the encampments from Beacon Hill to Centennial Square. Victoria Police say since COVID-19 hit, they’ve been growing, with many new out-of-town faces.

“We’ve seen a significant increase since COVID-19 of people that are migrating to Victoria because they are under the impression that they are going to be prioritized and given a place to stay,” said Victoria Police Chief Del Manak.

Many outreach workers, who help those living on the street daily, disagree.

“We haven’t noticed or seen a significant increase in new faces,” said Daly.

“We’re not seeing it. I think it’s been a bit of an urban myth in Victoria.”

And Greater Victoria’s homeless counts since 2016 back that up. In March 2020’s count, under 12 percent of respondents lived in Greater Victoria for less than one year. The count was done before COVID-19 restrictions were put in place across the province.

“Most of those indicated that they became homeless after moving to the region,” said Chelsea Fiorentino, research co-ordinator with the Community Social Planning Council, who takes the lead on the Greater Victoria homeless count.

“The idea that newcomers to the region, people coming here to access housing or homeless services, is not the primary driver of homeless in the region.”

Researchers say what is a driving force in homelessness is low income, high rent, and lack of affordable housing.

Those are areas the city’s mayor says she’s focused on.

“Decisions need to be made based on data, not anecdote. That’s why council has asked BC Housing and Island Health, which are responsible for the housing placement process, to prioritize people who have been living in the region for one year or more,” said Victoria Mayor Lisa Helps.

“We don’t want people coming here from across Canada. There are no free homes. There aren’t even enough homes for the people who are already here.” 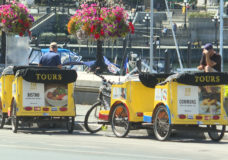 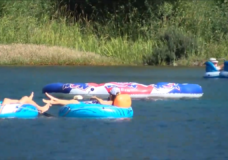