Health experts address concerns as those 12+ become eligible for vaccine in B.C.

Some B.C. teens are heading into the long weekend with plans to get vaccinated after the province opened up vaccine registration and booking to those 12 years and older.

“My son I’m letting him make the decision whether he wants to or not, and he wants to be safe and has chosen to do the vaccine,” said parent Tammy Brownlee.

It’s not an easy decision for all parents, however, with the new mRNA vaccine technology, some are left with questions and concerns.

“I know as parents it is a scary thing, I think, making the decisions and it’s hard,” said mom and nurse Kathryn Muyaba, who says four of her eight kids are now eligible and have booked appointments for Monday.

More than half a million kids in the United States have been vaccinated since Pfizer was approved for those 12 and up. The program is just beginning in Canada and health officials here say although it may be new technology, the way it works makes it unlikely there would be any lasting impacts.

“When it’s put in the body it does its job and makes those proteins and then it’s gone so there can’t be long-term side effects from that,” he said.

In fact, one scientist says it could actually make kids’ immune system’s stronger, in a safer way than getting the virus itself.

“Activating the immune system is something you want in a normal balance, immunization is a very controlled activation of your immune response and you have to compare that to what if you get infected?” said University of Ottawa Virology Professor Dr. Earl Brown.

“When you get infected you have a much stronger presence of foreign material in your body that’s actually infecting cells, destroying cells, that kind of thing,” he said.

Although severe outcomes from COVID-19 in kids are rare, they aren’t zero. Since the start of the pandemic in B.C., 127 kids have been hospitalized, with 16 needing ICU care. Two children have died.

Colijn says it will also get us to herd immunity faster, and that means the return of social activities, sports, and perhaps most importantly to some, high school this fall. 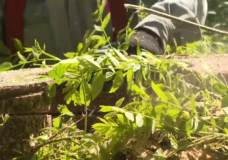 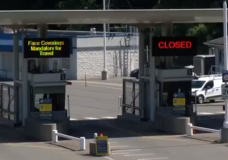 BC Ferries traffic down significantly heading into May long weekend