Hazmat cleanup on in Duncan after raid finds fentanyl

Hazmat crews are painstakingly cleaning a Duncan home that was the scene of a major drug bust and fentanyl seizure. Skye Ryan reports.

Suited up in full protective gear, hazmat crews went to work Tuesday on a Duncan home near the hospital that is the ongoing source of shock to neighbours.

“When I found out what it was,” said neighbour Peter Lingen, “and kids going to the park were how many feet away from this stuff and to hear that that was in there, makes me sick.”

The cleanup crew, who are specially-trained to use naloxone, were called in after an RCMP raid on July 8. Neighbours stood in the street in shock as their overdosing neighbour was taken away in an ambulance and searches of the home led to a large drug bust, weapons and fentanyl.

“It still shocks me and you still see this weeks later or however long it’s been,” Lingen said.

The hazmat team usually responds to toxic spills and clandestine drug labs but they are increasingly being called in to deal with the remains of fentanyl following RCMP raids because it is so deadly. An amount as small as two grains of salt can kill a person.

“So right now we’re ventilating the house,” said BC Hazmat Management Technician Fredy Boese. “We have two big fans, one blowing, one sucking in that we are progressively working into the house to clear airborne particles.”

Inside, hazmat technicians say they have found white powder that could be fentanyl and drug cutting supplies.

RCMP have arrested two men in connection with the raid. The house will be passed over to new tenants once the cleanup is over. 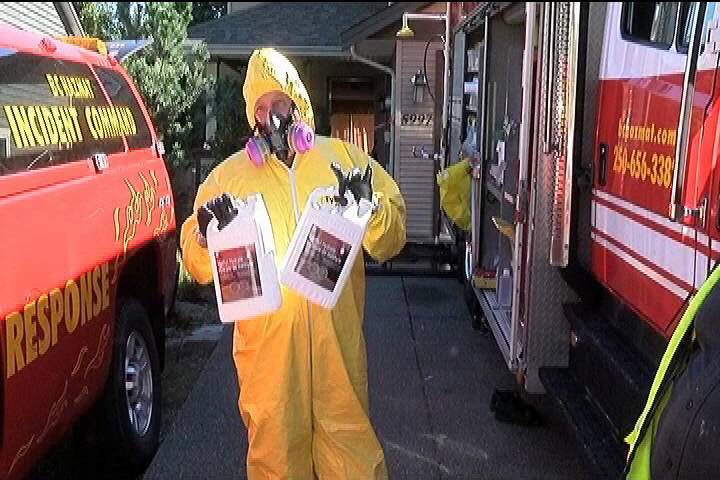 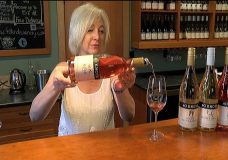 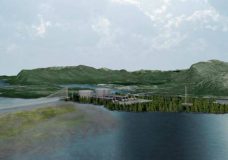