WARNING: This story contains graphic details that may be disturbing to some readers

Harry Sadd had nothing to say as he left the Victoria Courthouse on Tuesday afternoon after listening to victim impact statements from the boys he sexually assaulted decades ago.

The emotional statements show the devastating impact the childhood sex abuse has had on their lives.

“Listening to the men in that courtroom today you can see the damage that was done,” says Sgt. Jan Malinosky of the Victoria Police Department‘s Special Victim’s Unit.

The former youth badminton coach and Knights of Columbus member was arrested in 2016 for sexual assaults dating back to the 70s and 80s.

He would shower with some boys after practice and orally and anally assault them.

One child, referred to as R.D., and his twin brother had extended sleepovers and went on camping trips with Sadd.

“The horrific impacts of what happened to me affected all aspects of my life,” R.D. says in his victim impact statement.

Another victim, C.P., was given the ‘honour’ of being an alter boy after sex.

He says he still wakes up screaming with night terrors and says the abuse has had a “debilitating impact” on his life.

D.C., who read out his statement in court as people quietly sobbed, says:

“What happened each week after mass robbed me of my innocence… I was a child. My innocence was torn from me.”

“This case is really terrible, certainly one of the worse I’ve seen in my career and probably many of us that work in my section have seen in their careers as well,” Sgt. Malinosky says. “Just the sheer number of victims as well as over such a long period of time and the trauma that would case.”

Sadd’s pleaded guilty to eight counts of sexual assault involving boys between the ages of nine and 15.

But court was told there were hundreds of instances of abuse over many years and police believe there are likely many more victims that haven’t yet come forward.

A psych report found the 73-year-old doesn’t view his behaviour as criminal or wrong and doesn’t think his victims were negatively impacted by the assaults.

The crown is asking for a minimum of 10 years. 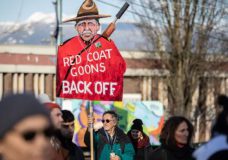 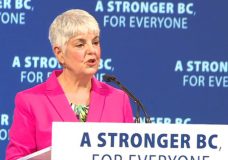