Harry Charles Sadd was arrested in the summer of 2016 for historic sexual assaults.

Police say there were a dozen young victims, all boys between the ages of nine and 15.

When the Victoria Police Department announced the arrest, officers made a rare public appeal for more victims.

“Our investigation leads us to believe there are likely many more victims that are suffering in silence due to Sadd’s actions and today we are asking for them to come forward,” Sgt. Kirsti Ross of VicPD’s Special Victims Unit said at the time.

“If you have been victimized by Harry Charles Sadd, you no longer have to suffer in silence.”

The former youth badminton coach and Knights of Columbus member has now pleaded guilty to eight of the sexual assault charges.

The 72-year-old has also pleaded guilty to breaching his bail in 2017, by going to a place children were present and indirectly contacting one of his alleged victims.

Both the prosecution and defence are declining to comment on the guilty pleas because the case is still before the courts.

“It’s been a difficult time for all parties concerned,” Sadd’s lawyer, Chris Considine, told CHEK News. “That’s all I can say.”

In light of these new developments, it’s anticipated victims will be spared the trauma of a trial.

Those charges are still pending but the prosecution says they’ll be addressed after he’s sentenced.

Sadd will be back in court in August to set a sentencing date. 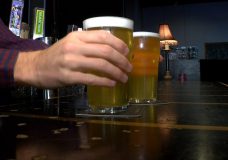