WATCH: While millions celebrated the founding of Canada this weekend, not everyone was feeling unified. Ceilidh Millar reports.

July 1st marked a somber anniversary for hundreds across the Island and millions of people across the country.

“We the Indigenous people from the Coast Salish Territory do not celebrate this day,” said Unsettling Canada 150 protester Rose Henry. “This day for us represents oppression”

In Victoria, Indigenous groups and their allies marched to the lawns of the B.C. Legislature on Canada Day.

“Our challenge has never been against the Canadian citizens of this country,” explained protester Murray Sampson. “It has always been directed towards the Government of Canada because of the cultural genocide that has not stopped.”

The protesters gathered as part of a larger movement across the country called Unsettling Canada 150 which was organized by Idle No More.

“We’re here today to educate people about the impact of colonization” explained Henry.

In Toronto yesterday, protesters appealed to the Minister of Indigenous and Northern Affairs, Carolyn Bennett, for immediate action.

“Our kids are not speaking the language when they go home,” explained Anastasia Qupee, Grand Chief of the Innu Nation who traveled from Labrador to speak with Bennett at a Canada 150 celebration. “How can we keep our language and protect our future.”

“I hope it marks, hopefully, an opportunity to change from the colonial and racist past into a future where we can go forward in a good way as partners” said Carolyn Bennett in response.

It’s a commitment that’s been renewed here in Victoria.

The City has declared 2017 the year of reconciliation with First Nations.

“We’ve begun with the Songhees and Esquimalt [First Nations] to walk a path towards reconciliation that’s going to last decades,” explained Mayor of Victoria Lisa Helps today. “It’s going to be a long process. It’s not going to be a one-year task force and then we’re done.”

It’s a step in the right direction but for now their struggles continue.

“Hopefully they’ll start seeing more of what the Canada country has done to the Aboriginal people of this country” said Sampson. 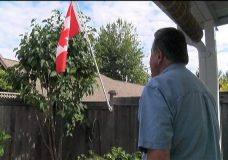 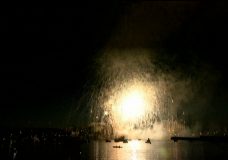