“Guess what they just announced? Season 3 for Chesapeake Shores. Yaaaay,” Niven said in a video.

Hey #Chessies! Are you ready? (Drum roll please)… SEASON THREE of Chesapeake Shores was announced last night at the TCAs! We are all so excited that we get to do it again this year, and we owe it all to you! THANK YOU for watching what we create, which is the only reason that we get to do more of it. So many stunning announcements came last night! Hallmark Channel USA and Hallmark Movies & Mysteries both had incredible ratings growth for fourth quarter of 2017, in many cases beating out all other cable AND BROADCAST networks! In fact, Hallmark is the buzz of the industry! Let that sink in. Wow. At a time when ratings are in decline elsewhere, both these networks are soaring. And they’ve just added a third… Hallmark Drama which is growing leaps and bounds in the short time it's been live. Plus their streaming service Hallmark Movies Now is surging too! Thanks to YOU.It does my heart good to know that in this world that is so chaotic and stressful right now, people are craving kindness and goodness and positive energy for themselves and their families. I know, because Hallmark is always on in my home too. I am so proud to be part of the Hallmark family. Their team. Their vision. Their light. So, see you at the shores again soon. And don’t forget to consider coming up for our #ChessiesFanConvention this year! Can’t wait to meet you in person! ❤️PS – A huge thank you and standing ovation to Pam Slay and her incredible team who put on the TCAs event last night. It was absolutely glorious in every way. I know you've been working 24/7, so I hope you're getting foot massages and celebrating right now! (My feet still hurt from my high heels last night.) xo#ChessiesForever #Hallmarkies Michelle Vicary Bill Abbott Randy Pope Stephanie Sherman Maria Arnold Fischer Angela Megrey Chesapeake Shores Fans AfterBuzz TV Melke Branding #FOBN Paulson Dan Nancey Silvers Daniel L. Paulson Productions Hallmark Hall of Fame Michael Berns Kirsten Hansen Laurie Ferneau Matt Drake Emilie Ullerup George Zaralidis Nicole Hansen Chesapeake Shores Daily

The popular series has been given the green light for another season, making it the longest-running television series shot on Vancouver Island.

And no one is happier than Joan Miller, who runs Vancouver Island North Film Commission, the agency that in part convinced the production to come to the mid-Island in the first place.

The renewal will mean jobs for hundreds of people and over $10 million to the local economy.

“Accommodation alone, there was so many room nights that were booked,” said Miller. “And there is I think maybe 120 to 150 crew.”

The show’s producers hinted back in October that the new Vancouver Island Film Studios in Parksville would play an important role.

Joan Miller adds that Parksville, Qualicum Beach and Nanaimo, where part of the show is also shot, are just too good to pass up for producers.

“You know Qualicum is Chesapeake Shores,” added Miller. “I mean the look and feel from the first day we drove through there. They were originally only coming for plate shots and establishing shots but they loved what they saw.”

“So please join us on Vancouver Island next year for Chesapeake Shores season three, thank you, thank you Hallmark Channel,” added Niven in her Facebook video.

Shooting on season three is expected to begin early this spring. 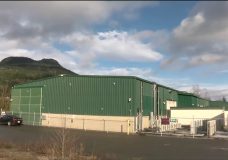 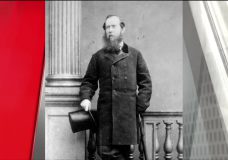 UVic professor, student among those calling for Trutch Street to be renamed