UVic professor, student among those calling for Trutch Street to be renamed

WATCH: A professor and a student from the University of Victoria are among those calling for Trutch Street to be renamed because of its racist history. Calvin To reports.

Now, she has her sights set on another goal – the renaming of Trutch Street in Victoria.

“I think it’s definitely difficult, but I think it’s important in society that we start recognizing where these names come from, and I think that’s the first step in recognizing the real history of Canada,” Schnitzler said.

Trutch was B.C.’s first lieutenant-governor and played a major role in shrinking the size of land reserves for First Nations.

According to Dr. Reuben Rose-Redwood from the University of Victoria, Trutch was an extreme racist, even for his time.

“He likened Indigenous people to dogs. He called them lazy and ugly and said things of that nature. So that was the kind of general ideology that he then brought to bear in dispossessing Indigenous people,” Rose-Redwood said.

Some critics have said that removing colonial names and symbols would mean erasing history as well.

But proponents of the renaming disagree.

“Symbols matter. Place names matter,” said Rose-Redwood. “If we as a city and as a society continue to honour and value those white supremacists and racists of the past who have dispossessed Indigenous people, that says something about our own values as well.” 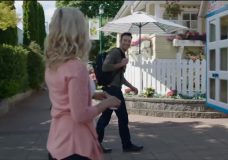 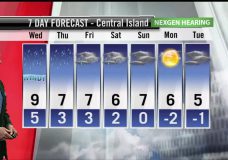 Ed's Forecast: Heavy rain tonight and Wednesday, wind warnings are up for many parts of the Island