Many Canadians with disabilities will soon be receiving a cheque in the mail for $600.

Michael Richards, who has been living with a disability for 40 years, is one of those recipients.

“Everyone is going through a hard time, everybody has stresses but add on disability to that and it’s incredibly hard,” said Richards.

It’s the first time since the pandemic started that the feds have provided financial support to Canadians living with disabilities.

Recently, the federal government passed legislation allowing a one-time payment of $600 to people with disabilities following more than a month of discussions and previous dismissals by the leaders of various parties.

But it appears that many of those who need the $600 won’t be able to even qualify for it.

According to the government’s website, in order to qualify, an individual must have or be a recipient of either a Disability Tax Credit from the Canada Revenue Agency, a Canada or Quebec pension plan disability benefit or disability supports provided by Veterans Affairs Canada. The federal government says approximately 1.7 million Canadians with disabilities will be eligible for the one-time payment.

Furthermore, Canadians who qualify for the Disability Tax Credit have up to 60 days to be approved for the credit.

Michael Prince, professor of social policy at the University of Victoria, says out of Canada’s 1.7 million people living with a disability, approximately 1.2 million have the DTC, leaving possibly 500,000 Canadians with disabilities out of the running for the one time, $600 payment. He says the pandemic has hit the demographic extremely hard, especially because some people with disabilities are living on as little as $800 a month in different provinces across Canada, according to Prince.

“They were already facing a challenge in the life of struggling on a modest income. As COVID hit and services shut down whether it was food banks, libraries, other community centres where they depended on social interaction, it isolated them even more with very little,” said Prince.

Prince also said the federal support was long overdue as many people with disabilities have been waiting to hear how the government will step in to help them.

“[They were] looking to their government and not hearing announcements day after day about them, but hearing about other groups in society,” said Price. “It just added to that deep sense of ‘we are ignored, forgotten. We get the least and we get it last.”

While the federal announcement is welcomed, Richard says a one-time payment of $600 just isn’t enough.

“From March 15 to now, a one-time, $600 payment does very little for us,” said Richards. “Do you know what prescriptions cost? Or taxis cost? Or food costs? It’s dusting their hands of supporting people with disabilities.”

He says if the government can provide $2,000 in the form of Canadian Emergency Response Benefit for individuals who were working, it should be able to provide more money for people with disabilities.

“It’s called the Canadian Emergency Response Benefit. It’s not called the ‘Canadians Who are Normal or Who Work Response Benefit,'” said Richards. “We are part of the most vulnerable groups in Canada. We are immune-compromised. We are mobility limited. We have a higher cost for assistance devices or have higher costs for animals who support us.”

Applying for a Disability Tax Credit is easier said than done, according to Richards.

Richards also says the approval process for a DTC is long because it requires official documentation and approval from doctors, that many may not be able to see in person because of the pandemic.

The government has not provided a timeframe around when applications for the $600 one-time payment would be opened or how people can apply. 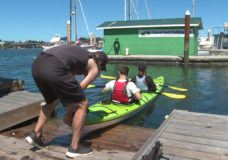 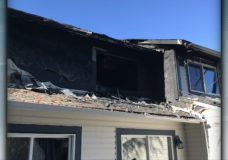