On Friday, the Canadian government announced that they were temporarily banning cruise ships to Canada and that has the Greater Victoria Harbour Authority anticipating major losses for the city.

The travel ban on ships is being implemented because of concerns over COVID-19 and will come into effect as of March 13 and will last until July 1.

Transport Canada’s decision to suspend the cruise season will result in 114 cancelled cruise ship arrivals and almost 300,000 fewer passengers over the course of the next several months, according to the GVHA’s Chief Executive Officer Ian Robertson.

Ian Robertson said Friday he respects the federal government’s decision to protect the health and safety of Canadians over COVID-19, but the suspension will have far-reaching economic consequences.

Today, those small operators face the reality that for at least the next three-and-half months, business could be hard to come by.

“Honestly we’ve got to be looking at about half of our business not showing up this year. And that’s going to affect everyone around the harbour.” said the owner of Jackson’s Ice Cream and Anchor Barbecue

The GVHA executive outlined that Victoria’s original cruise ship projections for the 2020 season was for 300 ship arrivals with an estimated 800,000 passengers. He added that the cruise industry is worth about $3 billion annually to Canada’s economy, with two-thirds of that generated on the West Coast.

“The value to the Greater Victoria economy is worth over $130 million a year and employs close to 1,000 people,” said Robertson. “These are unprecedented times.”

Robertson told media that the makeup of the businesses that will feel the biggest impact will be small-time entrepreneurs – operations like local artisans and whale watching.

“When the season returns, we will do everything we can to continue to promote Victoria as Canada’s most popular and busiest cruise ship port of call.” said Robertson.

Overall the GVHA executive is estimating that the travel ban issued from Transport Canada towards cruise ships will cost the local economy upwards of $65,000-75,000.

The first ship was scheduled to arrive in Victoria on April 3, however, fear had sparked among the general public due to the ship, the Grand Princess, being the source of multiple coronavirus cases. 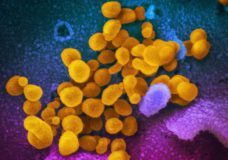 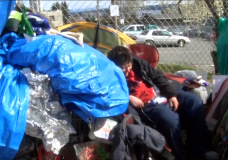