Greater Victoria movie industry fades to black due to COVID-19

It’s lights, camera, no action for the Greater Victoria movie industry due to the COVID-19 pandemic.

“It’s been devastating like it’s been on every other industry,” says film commissioner Kathleen Gilbert of the Vancouver Island South Film & Media Commission.  “Everybody has had to shut down.”

A movie of the week and a Netflix series were in pre-production and a five-movie series was already being shot when the industry was forced to fade to black six weeks ago.

“We were doing a line of five movies here in Victoria, which were going unbelievably well,” says producer Ric Nish. “We have approximately 100 people involved on a daily basis, between the cast and crew and the extras, and the spin-off  is tremendous, be it local shops, hotels, rentals, suppliers, food.  It’s endless so quite a huge effect on many, many people.”

In Greater Victoria alone, the booming industry’s brought in more than $20 million in direct spending in 2018.

The region had been on track to break that record this year, after a busy start to 2020.

But despite the shutdown, B.C.’s efforts at flattening the curve could lead to more business as other film hot spots continue to struggle.

“That’s what gives all of us hope here, especially in Victoria,” Gilbert says. “B.C. is doing very well compared to some other jurisdictions so we fully expect when the government gives us the okay, that film production will roar back!”

Productions are now working on safety protocols for when they’re allowed to resume — things like mandatory masks and gloves and additional sanitation stations.

They’re also looking at testing and possibly quarantining cast, crew and background performers as well as reducing the number of people on set at the same time.

“Instead of everybody congregating onset, it’ll be more staggered where we might have a group go in, do their thing, and then the next group and the next group until we get down to a small group that will be just the shooting group to minimize the amount of crew we have,” says Nish

But when the movie magic will be able to start rolling again is anyone’s guess.

Movie Magic: What’s on deck for the Victoria film industry in 2020 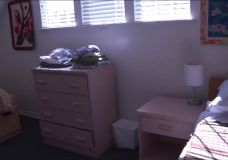 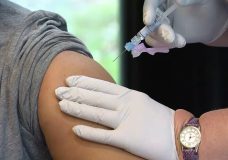 Canada bracing for complicated flu season due to COVID-19