Familiar locations around Parksville, Qualicum Beach and Nanaimo are about to get even more exposure as the Hallmark Channel has given the green light to season 5 of Chesapeake Shores.

“We are really excited about season 5 coming back to the island,” said Vancouver Island North Film Commission’s Joan Miller. “It’s been a really great economic generator for our region.”

“When I first got the phone call from the production manager who said we’d got the green light for season 5 it was all systems go for me to get the gears rolling,” said Extras Casting Director Jacqui Kaese who owns Spotlight Academy.

And when the cast likes coming to Vancouver Island, you know you’re doing something right.

“So Vancouver Island is beautiful and every time we get to come back I think everyone takes a collective deep breath,” said Laci J. Mailey who plays Jess in the series.

“It’s absolutely gorgeous here and I think that’s a big part of the show,” said Treat Williams who plays Mick.

“You can’t make a backdrop like that, you just have to be there,” said Andrew Francis who plays Connor.

Chesapeake Shores is just the latest in a long list of film industry success stories on the mid and north island.

The latest Jurassic World movie has wrapped up shooting around the mid-island this month in locations that include Cathedral Grove and Elk Falls Provincial Park.

And just hitting the big screen on Valentine’s Day was Sonic the Hedgehog which is already doing well at the box office.

It was shot in 2017, which was a banner year for the film industry on the mid and north island injecting $60 million into the island economy. Sonic the Hedgehog accounted for $37.5 million.

“It really promotes Vancouver Island. You see Ladysmith, you see all of our locations. I know that Paramount is thrilled with it too,” said Miller. 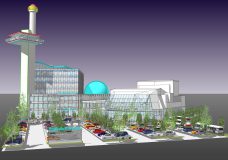 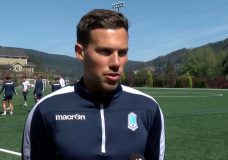 'At this stage of my career, I didn't want to get too comfortable': Fisk, Pacific FC part ways for 2020 Campaign