‘It gives me so much hope’: Greater Victoria Harbour Authority has 350 ship calls in 2022 draft cruise ship schedule

The Greater Victoria Harbour Authority (GVHA) has released a tentative draft schedule for the 2022 cruise ship season, which would see the first ship arrive in a Canadian port in over two years.

The harbour authority has pencilled in the first ship to dock in Victoria on April 6, 2022, with a total of 350 ship calls scheduled over a seven-month season between April and October.

While the schedule is just a draft at the time and is subject to further changes in the months ahead, the GVHA says it is currently estimating around 759,000 passengers to visit during the 2022 season.

“We have a sense of optimism that we haven’t had in quite a long time,” said Robertson.

According to the GVHA, estimates for the 2022 season are similar to that of pre-pandemic numbers from 2019 – music to the ears for business owners like Simone Kearney.

“We’re down about 90 per cent of our normal revenue,” said Kearney, co-owner of Beaver Gift Shop and member of the Victoria Cruise Industry Alliance. Kearney says as the industry shut down, her shop’s flagship location was forced to close its doors.

“It gives me so much hope that we’re going to be back in our regular business,” said Kearney.

At this time, health and safety protocols have yet to be finalized but will be determined by Transport Canada and the Public Health Agency of Canada prior to next season.

Uncertainty in the industry remains, however, as several cruise ship companies including Royal Caribbean and Norwegian Cruise Line — both of which are scheduled to port in Victoria — saw their stock drop over 10 per cent on news of the COVID-19 omicron variant.

“We don’t know where this new variant is going to go and we just have to wait and see,” said Robertson.

Robertson confirmed the safety measures will include mandatory vaccination requirements for passengers and crew and COVID management plans and reporting protocols for all ships.

Adding another hurdle to the industry’s return is proposed U.S. legislation which, if passed, could see cruise ships bypass all ports across Canada.

“We’re watching the proposed legislation south of the border very, very closely and we’re not out of the woods yet,” said Robertson.

On the ground, operations team members have been working with partners to ensure the safe movement of passengers upon arrival, both on the terminal and in the community.

Despite cruise ships being absent, the Greater Victoria Harbour Authority says that work on sustainability initiatives — including shore power — has continued over the two-year hiatus and that when the industry returns in 2022, there will be a renewed focus on “economic development, sustainability, and social license within the city.”

The draft 2022 cruise season schedule is available online at gvha.ca/cruise/cruise-schedule/. 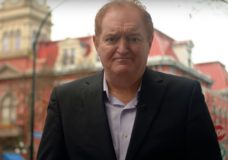 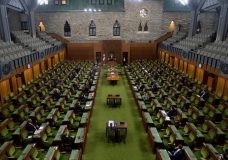