March 30, 2021 updated
CHEK
WatchRealtors in Victoria have started a GoFundMe page to support victims of sexual assault after numerous allegations led to the firing of three high-profile agents. A survivor says more education about consent is needed at younger ages. Rebecca Lawrence reports.

In the past week, Victoria has been rocked by numerous allegations of sexual assault surfacing online against three high-profile real estate agents.

All of them were immediately fired from their jobs: two men who worked at the Agency Victoria and one who worked at Engel & Volkers Real Estate Agency.

The two men from The Agency Victoria had their licenses terminated on Friday, and the third agent had his licence terminated Monday, confirmed by the Real Estate Board of B.C.

A survivor of sexual assault, whose identity CHEK News is protecting, says there’s a serious lack of education surrounding the issue.

“It actually took for me to take a law class in high school to actually realize that what I went through, was sexual assault and that it wasn’t just being uncomfortable,” said the survivor.

Experts say education about consent and sexual assault needs to be taught at a younger age.

“That’s critical for being able to stop violence before it happens,” said Carissa Ropponen of the Victoria Sexual Assault Centre (VicSAC). “Of course, we want to support people and heal people but we also want to change the context of the world of which we live.”

Some realtors say the message is loud and clear, and more needs to be done.

“It hit close to home with the realtors in this town,” said real estate agent Dean Bayles. “We have wives, we have children, daughters, we have sons. We have to allow these women to have voices when they are the most vulnerable.

Bayles launched a GoFundMe page to raise money for VicSAC.

It’s money that Ropponen says is desperately needed and already being put to use.

“This GoFundMe page, we’re looking at the money today, and we’re going to be able to keep our crisis counseling up, so that means when people call us, they’ll be able to see a councellor in less than a week,” said Ropponen.

Bayles says he’s glad the money is helping but knows it’s not enough, saying the culture in real estate needs to change.

“We need to create change about how things are done,” said the realtor. “I think we need to spread awareness and be more aware of who were hiring into our brokerages.”

The GoFundMe page has a goal of $250,000 but he says when they hit that goal, they will continue to raise money to support victims of sexual assault.

If you have been a victim of sexualized violence, or have any information about the ongoing investigation, you can contact the Victoria Police Department or the Victoria Sexual Assault Centre. 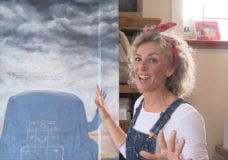 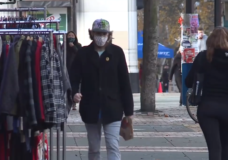