It’s now a global race against time to contain the deadly coronavirus outbreak.

More than 200 Americans evacuated from Wuhan on a chartered flight arrived in southern California Wednesday morning.

They’ll be under close observation at this military base after leaving the epicentre of the epidemic.

“They could be at the base for up to two weeks so we think the base is probably the most comfortable accommodation we could find,” says Dr. Chis Braden of the Centers for Disease Control and Prevention in the U.S.

A similar scene played out in Japan, as countries rush to rescue their citizens from the virus running rampant in China and beyond.

“This is a potentially very serious public health threat,” says Alex Azar of the Health and Human Services Secretary. “This is a very fast-moving, constantly changing situation.”

The killer bug has now infected more than 6,000 people in China — surpassing the 2003 SARS scare, which saw 5,970 confirmed cases in China. At least 170 people are known to have died.

“Although the numbers outside China are still relatively small they hold the potential of a much larger outbreak,” says World Health Organization director general Dr. Tedros Adhanom.

At least 160 Canadians trapped in Wuhan have asked for help and Ottawa says it’s secured a plane for those that want to leave.

“Now the next step is to work on the diplomatic front and the logistics with our Chinese counterparts,” foreign affairs minister Francois-Philippe Champagne says. “We’re engaging in discussion as we speak.”

Other decisions, like whether people returning to Canada are put in isolation, will have to be made.  And if they are, where will they be put?

“Part of the process now is figuring out exactly what our protocols will be when we return Canadians that wish to come home and we’re working very closely with our U.S. counterparts who obviously have some experience in this and have set up some best practices,” says health minister Patty Hajdu.

Ottawa is now asking Canadians to avoid all non-essential travel to China.

Air Canada is suspending all its flights to China starting Thursday until the end of February.

British Airways is also halting flights to China, joining other carriers that are either suspending or significantly cutting back service.

“I believe the world is pulling together to respond to this outbreak,” says Dr. Michael Ryan of the World Health Organization. “We are an important juncture in this event.”

The World Health Organization is having another emergency meeting Thursday to decide whether to declare it a global health emergency.

More on the Coronavirus Outbreak 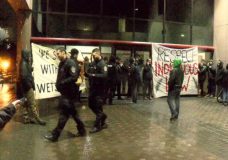 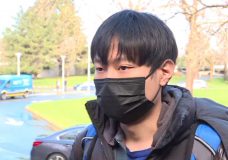 Reports of discrimination against Chinese Canadians as coronavirus fears spread