The British Columbia Centre for Disease Control says there is a presumptive case of the Wuhan coronavirus in the province.

According to health officials, a man in his 40s is presumed to have coronavirus and is doing well as recovers at home.

Dr. Bonnie Henry, the provincial health officer, says the man works regularly in China and lives in the Vancouver area.

She says the man has voluntarily isolated himself since returning to Canada last week and no members of his family have shown any symptoms as they are being monitored by health officials.

“This is a gentleman who was well aware of what was going on in China and when he returned, he voluntarily self-isolated. So he had not travelled outside of his home until he sought medical attention. He did that with all of the appropriate precautions,” Henry said.

“This first case is not unexpected to us. We’ve been on high alert for a number of weeks now and established our emergency response structure so we can respond to it.”

The government says the man began showing symptoms 24 hours after returning home. The majority of his most recent trip to China was spent in Wuhan, the city at the centre of an outbreak in that country. He lives in Vancouver Coastal Health’s region.

He did not have symptoms on his flight back to Canada.

He contacted a primary health-care provider on Sunday to notify them he had travelled to Wuhan and was experiencing symptoms before coming in for assessment and treatment.

The province expects to have test results from the man’s case back from the National Microbiology Laboratory in Winnipeg within 48 hours.

If confirmed, it would be the first case of coronavirus in B.C.

The provincial government says the risk of the virus spreading remains low.

It says the BC Centre for Disease Control has developed a diagnostic test for the new coronavirus and is working to ensure potential cases can be detected quickly and accurately.

“BC has set the standard in Canada, especially in 2003 during SARS and the H1N1 outbreak in 2009, and part of that is being forthright, not coming forward until cases are confirmed and being transparent,” Dix said.

China has confirmed more than 4,500 cases of a new form of coronavirus, with at least 106 deaths.

Henry said there are rumours of other cases but people should be careful about listening to third and fourth hand information.

“We will update you on any confirmed cases and be posting the number of tests done at the end of each week,” Henry said.

She also said there are screening measures at the airport and a number of people have been assessed, but none of them have tested positive.

“We need to be very vigilant. There are people who have travelled who are here who may become sick,” Henry said.

“The risk is very low here but there’s lots of misinformation and [we’re] watching the rapidly evolving situation in China closely. There is a real crisis going on in China right now and it is affecting a lot of families.”

For the latest and most up-to-date information on the novel #coronavirus go to Government of Canada’s webpage https://canada.ca/coronavirus or call the coronavirus information line:
1-833-784-4397. 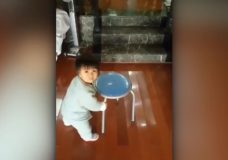 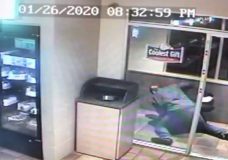