WATCH: You may have heard it but then again, maybe you didn’t. A province-wide emergency alert hit the airwaves on Wednesday for the first time including cellphones as well. It’s meant to save lives in the event of an emergency but the test wasn’t flawless. Calvin To reports.

Glitches were reported across British Columbia and the rest of western Canada as tests were conducted on the country’s new emergency alert system Wednesday afternoon.

Some wireless subscribers got the test signals and others did not in B.C., Alberta, Saskatchewan, and Manitoba.

B.C. residents: Did you receive the emergency alert test message on your phone at 1:55 p.m.? Four of our phones in the newsroom did but other phones did not.

Posted by CHEK News: Official Page on Wednesday, May 9, 2018

Did you receive the emergency alert test message on your phone at 1:55 p.m.?

The operators of the system said they were learning from the failed tests earlier this week in Ontario and Quebec, although they still could not say what caused problems in Ontario on Monday.

“Alert Ready partners have been actively working to resolve identified issues,” officials said prior to Wednesday’s round of testing in eight provinces and two territories. Tests were not conducted in Nunavut.

Round Two of testing seemed to start off without problems.

“During the tests in Atlantic Canada the wireless carriers … confirmed that test messages were distributed across their networks,” Pelmorex, the company that operates the system, said in a statement.

But anecdotal reports on social media later began to appear suggesting all might not be working as emergency officials had hoped in Alberta, Saskatchewan, Manitoba and British Columbia.

“Did not get the alert,” Rae Cardiff wrote on Twitter. “In Calgary on Telus network.”

Some CHEK News viewers in B.C. on different also said they did not get the test alert.

Nothing with LG G6 with @TELUSsupport

Nope … on Koodo. My daughter… on Telus didn't get it either but my other daughter … on Rogers … did. Guess we know who will survive #emergencyalertfail

Got it on phone (Telus) & on had BC channel on TV just to see if Alert worked. It did.

While Pelmorex operates what’s called the National Alert Aggregation and Dissemination (NAAD) System, it pointed to wireless and other service providers as the final layer in the multi-partner emergency messaging service.

“It is their role to deliver alert messages directly to Canadians.”

While wireless service providers were working to verify the handset reception success rate for devices across the country, Pelmorex also said the new system is in its infancy and not all wireless devices are compatible to receive messages from Alert Ready.

A lot depends on the handsets used and the software versions of the devices, company officials said in a statement.

Mobile users in Ontario and Quebec were supposed to receive alerts on their devices Monday as part of a test of the regulator-mandated warning system, which was supposed to be fully in place by April 6.

No alerts were registered on devices in Quebec, while only some mobile subscribers in Ontario received the signal.

System operators blamed the Quebec malfunction on a computer coding error and were still investigating what went wrong in Ontario.

Test signals did sound on radio and TV stations Wednesday in provinces and territories outside of Ontario and Quebec, except Nunavut.

The Canadian Radio-television and Telecommunications Commission ordered wireless providers to implement the system to distribute warnings of imminent safety threats, such as tornadoes, floods, Amber Alerts or terrorism.

With files from Terry Pedwell, The Canadian Press 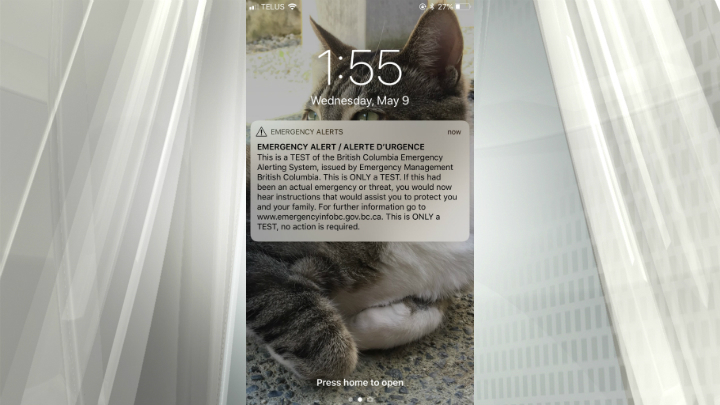 Some cellphones in B.C. received the emergency alert test message at 1:55 p.m. PT. 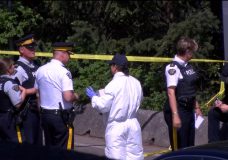 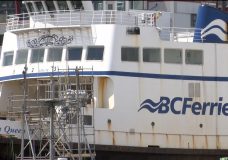