What happened next was remarkable. Over time, the wolves not only reduced rapidly increasing elk populations, but also caused elk and deer to move away from valley bottoms and riverbanks where they were easy prey. Deer and elk populations levelled off, new growth came in along rivers and valleys — attracting a wide variety of wildlife — and rivers even changed as new, healthier vegetation stabilized slopes and banks. The wolves now number about 94 in eight packs.

This is one example of “rewilding,” trying to restore an ecosystem to a wilder state by reintroducing species that had been driven away or wiped out. It goes further than conservation, which is protecting and restoring habitats without necessarily reintroducing native plants and animals.

Rewilding comes in many forms, and it’s something almost anyone can become involved in. The David Suzuki Foundation’s Butterflyway Project is a simple, successful effort to reintroduce native plants that support a range of pollinators, including monarch and other butterflies. The intent is to create a habitat network that can support critters as they feed, breed and migrate.

On a bigger scale, restoring and protecting habitat corridors for animals like caribou and grizzly bears that require large ranges ensures that they and the many species under their “umbrella” are able to survive and hopefully thrive. (“Umbrella” species are those whose conservation also protects numerous other species that share their range; they are often indicators of ecosystem health.)

Whether it’s conservation or rewilding, we know that when we give nature a chance, it bounces back. Because we’re part of nature and rely on everything it provides, that’s to our benefit.

We can’t change the planet back to a wild paradise, but we can take steps to reverse some of the damage we’ve done. As the Butterflyway Project shows, efforts can start small, on your block or in your neighbourhood. But don’t be surprised if people want to join in. (Keep in mind physical distancing and other health rules and recommendations.) The idea has been spreading as fast as milkweed in southern Ontario!

There are so many opportunities to bring nature back, from the many lawns that rarely get used to forests and wetlands taken over by resource development. Lawns could be “rewilded” or used to grow food. Cleaning up the many abandoned and orphaned oil wells and the roads and clearings around them would bring ecosystems and habitat back to health while providing good jobs.

A growing number of economists, ecologists, scientists and planners are recognizing the value of “natural assets” — the many services and functions nature provides that often cost less and are more efficient than built infrastructure.

Research by the David Suzuki Foundation and the Municipal Natural Assets Initiative, in collaboration with a number of towns and cities in B.C., New Brunswick and Ontario, found protecting or restoring ecosystems offers immense value in terms of water purity, flood control, storm protection and more — without the expensive maintenance and limited shelf life of built infrastructure that provides similar services.

Beyond their local benefits, healthy, intact ecosystems do so much, from sequestering carbon to providing food. They can even prevent or at least reduce the number of deadly diseases that jump from animals to humans — 60 per cent of new or re-emerging diseases since 1940, including HIV, Ebola, Zika and a number of coronaviruses came from animals, wild and domestic, in part because of forest and habitat destruction.

We know when we give nature a chance to recover, it will, and when we work to restore it, amazing things can happen. We’re showing now that we’re capable of doing what’s needed to keep ourselves and each other safe and healthy. It’s a difficult time for so many people around the world. But we’ve come together, and we’ve slowed down. Let’s imagine a world where we recognize our interdependence with nature — that what we do to it, we do to ourselves.

Let’s give nature a chance and, in doing so, give our species a better chance for happier, healthier ways to live. 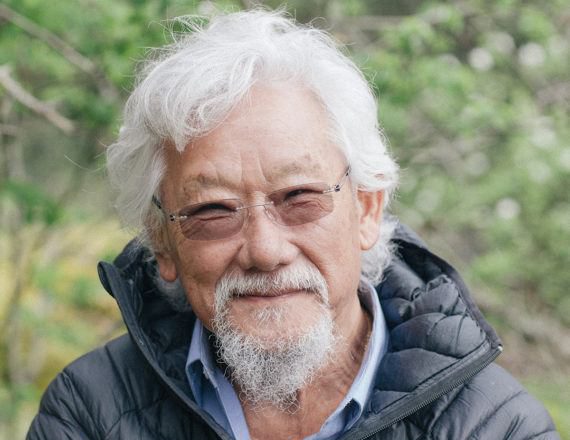 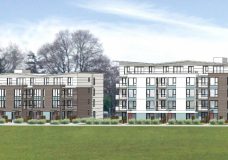