‘I definitely want it back’: Gate stolen from Saanich farm

A Saanich family has been left puzzled after one of the gates on their farm was stolen.

“I was letting the dogs out and they are running out towards Interurban here, and then I look and where the gate normally is there is nothing there it’s wide open,” said daughter Katy Harding, who works on the farm.

Their 20-foot metal gate backs onto Interurban. It had been at the rear of their property for roughly 25 years, was stolen sometime between Sunday night and Monday morning.

“We found a broken chain on the ground where they cut it with bolt cutters and lifted it off in the night. They undid the zap straps holding the chicken wire up and folded it nicely on the side.”

The gate is only worth a few hundred dollars and was in poor shape. But it is located in one of the few places people can pull over, and Harding suspects someone spotted it and later returned.

With multiple animals on the farm, things could have gone much worse.

The police officer who responded was just as confused.

“In 3000 cases [the responding officer] has never seen someone steal a gate,” Const. Markus Anastasiades of Saanich Police told CHEK News, adding that it’s also the first time he’s ever heard of someone stealing such an item in his career.

It’s not the easiest crime to pull off, police are asking anyone who may have seen a car with a 20-foot gate in the back in the area to contact them.

It’s just one of a number of weird thefts in the municipality as of late.

“We have had a couple of bizarre thefts, just last week we had a greenhouse stolen from the 3000-block of Richmond Road,” said Anastasiades.

“So certainly while we can’t say they are connected, we can’t turn a blind eye,” he added.

The Harding’s are on the hook for a new gate. But the spare is well locked up and the property is also under video surveillance.

Now they have only one ask.

“I definitely want to get it back for sure,” said Harding. “But like besides that like apologize and not to that again would be good for me.”

“I’m not really for throwing them in jail.”

So hopefully the gate will soon return to help close this mystery. Anyone with information is asked to contact police or CrimeStoppers. 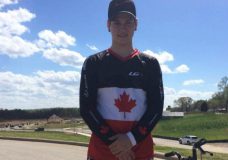 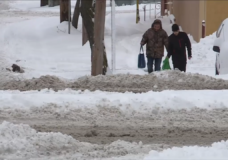