The Baynes Sound Connector was running smoothly again Thursday as it shuttled people and vehicles between Buckley Bay and Denman Island West.

But it was a different story late Wednesday when a breakdown lead to long lines and long waits, late into the night.

Barker owns Abraxas Books and Gifts on Denman and says it’s getting harder and harder to rely on the ferry.

“So we’re at day three of it breaking down in a row. Summertime tourism, businesses such as myself are trying to bring goods back from Vancouver Island,” added Barker.

George McRae can see the ferry from his backyard on Denman Island but was waiting on the other side last night at Buckley Bay with so many others who lined Highway 19A.

“It was extremely hot and it seemed rather inexcusable and they had to call out engineers from offsite because they had no engineers to fix the boat.”

Stephanie Slater lives on the road leading down to the Denman Island Ferry Terminal where it was backed up for hours. She handed out sparkling water to those waiting in the heat.

“There were a lot of concerns on the part of island residents about this ferry from the very beginning because it was untested technologies and there have been consistent breakdowns. I call it ferry-roulette,” said Slater.

Hornby Island residents are affected as well because they go through Denman first.

Wednesday’s problems revolve around a ferry many people on the islands say they never wanted in the first place when the Baynes Sound Connector became BC Ferries’ first and only cable ferry back in 2016.

“The gas ferries, they don’t break down as much so this one seems to break down a lot and I think it’s experimental and we’re going through the problems,” said Denman resident Bev Hollingsworth.

The terminal washrooms were out of order as well and a truck in line with a porta-potty apparently lowered it down for people to use.

People in line told CHEK News that the ferry problem was engine-related, but BC Ferries did not respond to requests for comment to confirm this. 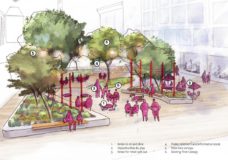 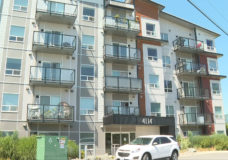