From opportunities to challenges: A closer look inside one of Victoria’s ‘homeless hotels’

When she’s not looking for work Leslie Tomiczek likes to spend her time sewing.

It’s something she can do once again now that she’s living at the Howard Johnson hotel — instead of on the streets.

“Just putting a roof over my head at a time when I needed it most I’m very thankful, extremely thankful,” she said.

Tomiczek says she lost her rental suite in Chinatown after a serious bout of pneumonia prevented her from working. She moved into the Howard Johnson last spring, one of 78 residents who now live in the facility leased by BC housing and operated by Our Place Society.

The facility has in-house supports for those living with mental health and addictions issues and those who run it say even simple things, like access to laundry, are making a difference.

“Getting into a stable environment is giving people the best opportunity to move forward,” said Our Place Society director of housing, Leah Young.

Young says people are moving forward — eight people from Our Place’s three operations have moved on to permanent market rental housing just in the past month.

Meanwhile, BC Housing says between Nov. 1 and Dec. 31, a total of 94 people have transitioned between subsidized housing units, including 44 who were chronically homeless, and have moved into supportive housing, rent supplements or subsidized housing.

They also say 38 people moved out of supportive housing, including hotel sites, into independent subsidized housing.

But it hasn’t all come without its challenges.

Victoria Police say over six months last year the majority of their high-priority calls, including assaults, weapons calls and overdoses, were centered around the city’s 13 temporary housing sites, including park encampments.

“It’s a concerning situation for us, we worry about everyone’s safety, we worry about the safety of those at the sites, in those parks, those around those areas,” said Const. Cam MacIntyre.

And those who live around the ‘homeless hotels’ say while some progress is being made, there is still a lot of work to do.

It’s something Leslie Tomiczek, who’s had her own bike stolen, would agree on.

“I feel really bad that neighbours have to complain and people do such a thing because we’re given such an opportunity with a roof over our head,” she said.

She says what it means is that even more help and support for mental health and addictions is needed. 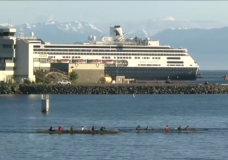 Hundreds of ships scheduled to arrive in Victoria this cruise season, but cancellations expected 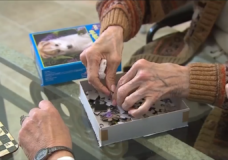 Families want more time with loved ones in long-term care