The herring spawn in March on the east side of Vancouver Island was one of the largest in recent memory and
now two months later, those rotting eggs on local beaches are a daily reminder.
“You wouldn’t want to be on the beach” said a local resident. “It’s that bad.”
“The spring time has brought at usual permeation of the roe smell” Columbia Beach resident Bill Flower told CHEK News. “We kind of know it’s coming.”
“It is pretty bad yeah” said Carol Ross who was walking her dog at the French Creek marina. “Almost like a treatment plant.”
So it’s no surprise then that the Regional District of Nanaimo has been fielding numerous complaints from residents wondering if the smell is coming from the nearby French Creek Water Pollution Control Centre.
“We’re getting more calls and we’re preparing ourselves knowing the quantity of roe on the beach” said RDN Manager of Wastewater Service Sean De Pol. “In some areas it’s a foot thick. So you have a large area of organic matter on the beach. We do know that if it heats up it will get worse than it is right now.”
Combined with the fact that there are more eggs on the beach this spring, the weather also hasn’t helped.
It’s been cooler than normal meaning the eggs haven’t decomposed as quick as in other years.
“hydrogen sulphide is rotten eggs and that’s exactly what what you have on the beach is eggs, tiny eggs rotting” added De Pol.  “Now hydrogen sulphide is associated with the breakdown of other organics and we happen to have a wastewater treatment plant on the opposite side of the road that does from time to time produce that same odour.”
Some residents of the French Creek area say it’s actually worse there because of a breakwater at the marina that results in more seaweed and eggs being left on the beach.
“They’re extending the breakwater and the more they extend the breakwater, the bigger a catch basin is formed.” 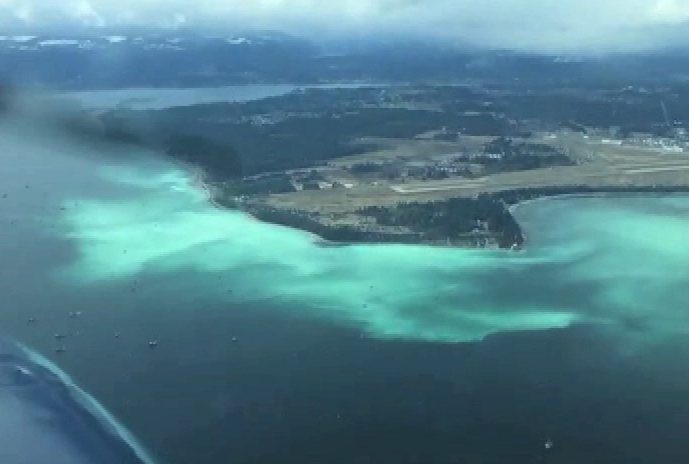 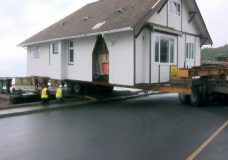 Oak Bay development means another old house is barged away 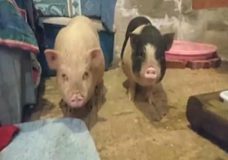