Hundreds of people demanding an end to vaccine and mask mandates as well as other coronavirus pandemic restrictions gathered at the lawn of the B.C. Legislature in Victoria.

The demonstration was part of the “World Wide Rally For Freedom” demonstrations that are taking place across the globe on Saturday (Sept. 18). A second demonstration on the lawn of the B.C. Legislature. also planned for Sept. 19.

“We will push back against widespread propaganda, by producing our own media, and advancing our own narrative, instead of succumbing to the one being pushed on us. We will not accept the rampant politicization of science and medicine, and we will return these institutions to being neutral sources of information for the benefit of society, over government and corporate interests,” states a press release about Saturday’s event that is posted on the organizer’s website.

Similar events were also held in Campbell River and Nanaimo on Saturday, with hundreds showing up and many saying they don’t believe the government’s approach to COVID-19 vaccinations is in their best interest.

“You’re seeing it in France, Australia across the globe right now,” said Stockton Sarosha, an attendee at the demonstration in Campbell River.”Everyone is looking at the passport system as an ineffective tool to making sure everyone is safe.”

Among those protesting in Campbell River was a man who claims his 68-year-old wife suffered an adverse reaction to her first vaccine on June 29 and started losing mobility in an arm.

“Doctor said ‘Okay put you out for blood work, check everything.’ He didn’t think it was anything that bad so other than fatigue or fibromyalgia cause that’s one of the precursors for it. You get some kind of myalgia from it but this is two and a half months now going on three,” he told CHEK News.

For every 100,000 vaccine doses administered in the province, there were 3.1 serious adverse reactions, according to the British Columbia Centre for Disease Control.

However, many of those rallying today believe the adverse reaction numbers are under-reported by the authorities while others are also concerned about the vaccine and mask mandates for children.

“I think it’s extremely unhealthy masking up our kids. It’s doing absolutely no justice to their mental growth, to their physical growth when you put a mask on a child 24/7 while they’re trying to think and study and make decisions,” one person told CHEK News.

Others are concerned they could lose their jobs if they don’t want to get vaccinated.

“My freedom to choose is what I’m worried about. I’m a health care worker. I’m looking at losing my job on October 26. So, I have that big decision to make,” another person told CHEK News. 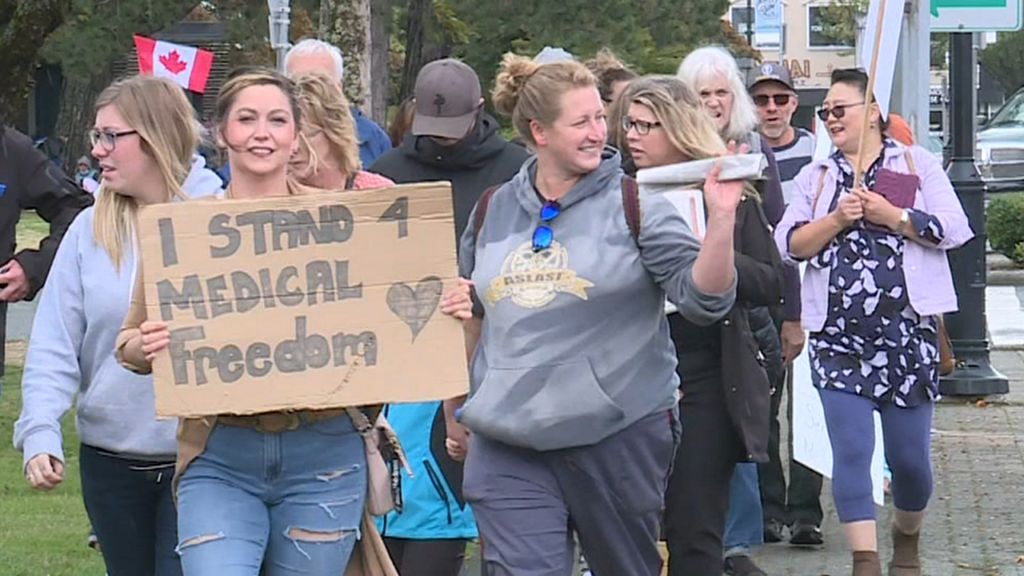 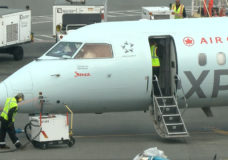 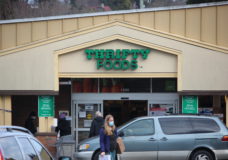