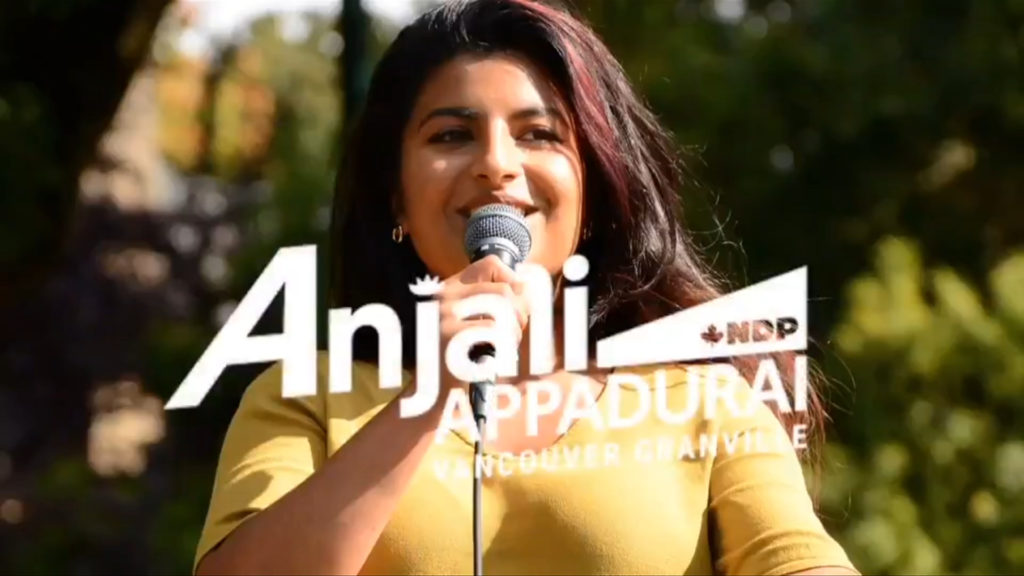 CHEK
Anjali Appadurai, who is running for the leadership of the BC NDP, is shown in a campaign video in a previous bid for Vancouver-Granville MP.

A former federal NDP candidate in the riding of Vancouver-Granville is challenging Attorney General David Eby for leadership of the BC New Democrats.

In June, Premier John Horgan announced his intention to step down once a new leader is chosen.

Anjali Appadurai says she’s running as a way to challenge what she calls the status quo of the party, with a focus on addressing the climate crisis, health care and deaths from toxic drugs, housing affordability and the rising cost of living.

The deadline for candidates to enter the race is set for Oct. 4, with voting for a new leader starting on Nov. 13 and a decision expected in December.

Appadurai is the director of campaigns for an organization called the Climate Emergency Unit and narrowly lost her bid for the federal seat in Vancouver last fall to the Liberal candidate in one of the closest races in the country. 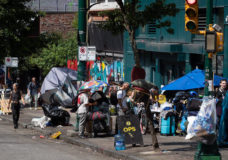 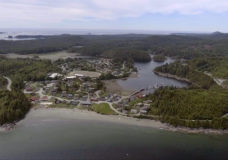