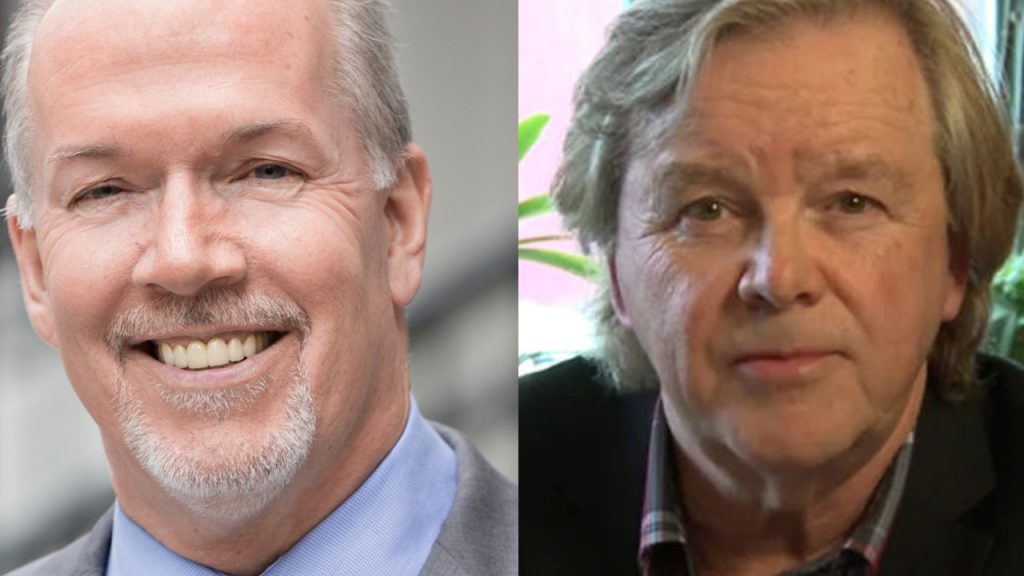 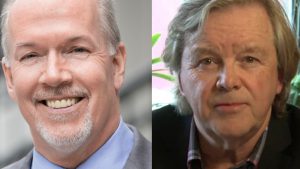 The $5 million defamation lawsuit, filed in Wilson’s hometown of Powell River, claims that Horgan and Ralston “initiated a premeditated campaign to damage” his reputation.

Wilson, who had served as both a Liberal and then an NDP MLA,  was fired from his position as the province’s LNG advocate in July by the incoming NDP government.

He  had been appointed by former Liberal Premier Christy Clark in 2013, earning a salary of $150,000 a year to promote BC LNG.

Wilson had earlier endorsed Clark for the Liberal leadership.

Following his dismissal, Premier Horgan said in an interview “We decided that there was a better value-for-money proposition for the people of BC than paying $150,000 for no reports, no briefings, no memoranda.”

It was estimated that Wilson had been paid a total of $550,000 during his nearly 4 years in the position.

Jobs Minister Bruce Ralston gave an interview saying “We were unable to locate any written reports by him (Wilson) setting out what he had done to earn the money.”

Wilson’s lawsuit alleges that the “defamatory words uttered by the Defendants were made out of malice.”

Rachel Blaney is also named as a defendant.

The NDP MP for North Island/Powell River posted a message on Facebook soon after Wilson was fired.

But a quick search of the government’s own open information website turned up a long paper trail documenting Wilson’s time in the position and the work he had done.

All of that is public information thanks to an FOI request two years ago by the NDP Opposition.

“I offer an apology to Mr. Wilson,” Horgan said during an appearance at Comosun College on August 8th.

Rachel Blaney reportedly retracted her statement and apologized on Thursday.

It is too little, too late for Wilson who claims in his  lawsuit that the Defendants “undertook a campaign to to destroy (his) reputation from a position of authority and credibility granted to them by their offices.”

He claims that the defamatory words “have negatively affected” his ability to find new work in his field. 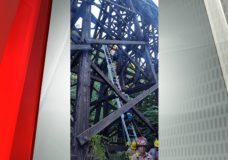