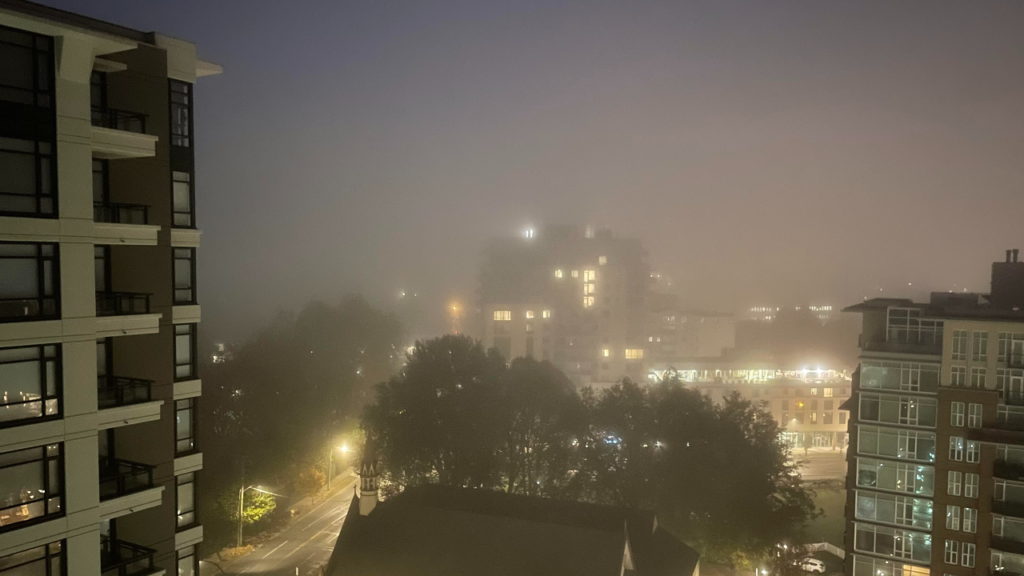 It’s another foggy morning for many parts of Vancouver Island.

The weather agency warns that near-zero visibility fog is either occurring or expected to occur Wednesday morning.

“The fog is due to a ridge of high pressure that is trapping moisture near the surface. The fog is expected to dissipate late this morning,” Environment Canada said in a statement.

“Visibility may be significantly and suddenly reduced to near zero. If visibility is reduced while driving, slow down, watch for tail lights ahead and be prepared to stop.”

The fog is expected to dissipate late this morning.

RELATED: Fog expected to return to Vancouver Island on Wednesday

Really, really foggy out there. pic.twitter.com/NLOn0F1hkG 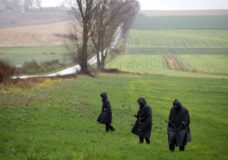 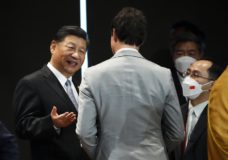