Vic Amos is one of the very few Nuu-chah-nulth commercial fishermen left on the B.C. coast, but he says more will join him on the water soon.

That’s because the federal government decided to end a decade-and-a-half of litigation against five Nuu-chah-nulth First Nations.

“It’s removing the bureaucracy and creating opportunities, whether that’s crab, prawn, halibut, black cod, all the different salmon species. There’s a whole list of species that are available to us,” said Amos.

A 2009 ruling found the Five Nations had a commercial right to all species, except the geoduck fishery. The ruling was appealed to the B.C. Court of Appeal, which upheld the right, and then the federal government appealed to the Supreme Court of Canada, which denied the appeal — and on and on it went.

“Our Five Nations’ objective is to revitalize our role in fisheries as this is an essential part of our past and future. Our immediate goal is to get our fishers out on the water supporting their families and the health, culture, and economy of our communities,” reads a statement from Ha’oom Fisheries Society.

The society says its objective is consisten with the government’s stated commitments to reconciliation.

“It is also consistent with the recognition of the rights of self-government, economic development, and the utilization and benefit of resources in Indigenous territories — all recognized in the United Nations Declaration on the Rights of Indigenous Peoples, previously endorsed by the Liberal government, and recently further supported by Canada through Bill C-15,” the society said.

Each passing year more First Nation fishers left for what time immemorial had been a way of life.

“All we want is to re-establish the way of life that we had. What does that mean? Well, it means our people standing on their own feet. without any dependence on the government,” said Ahousaht Hereditary Chief Cliff Atleo, who served as a lead negotiator.

“That’s right. To remove ourselves from this dependency on government and rely back on the resource that our ancestors relied on, that’s all in our backyards,” Amos added.

“This is good news, and we appreciate that the Government of Canada has finally agreed to end a decade and a half of needless and expensive litigation. All we had asked was for our rights to be respected — you don’t need endless legal battles to do the right thing,” said Atleo.

“We also must now turn to the other work we have with Canada: finalizing our reconciliation agreement. This decision does not diminish the amount of work that needs to be done to breathe life into what Indigenous people consider to be reconciliation and to convince Canada that it is a two-way street,” he said. 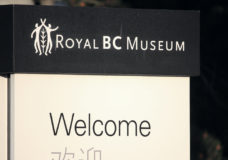 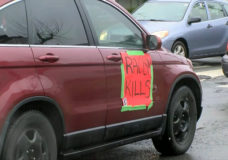