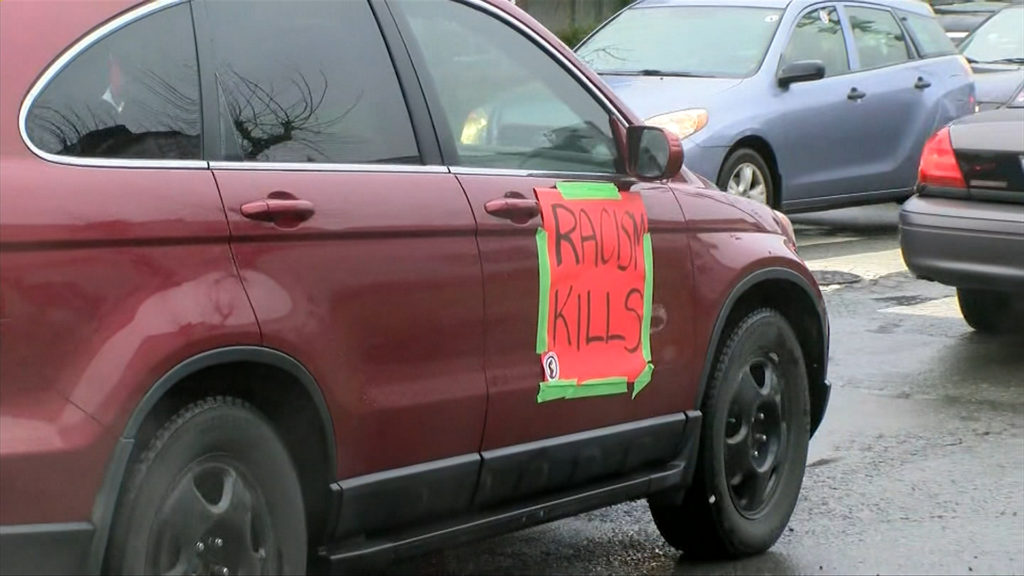 A Nanaimo construction worker stood proudly at his Fifth Street construction site in Nanaimo on Wednesday, where a bright orange flag — a giant tarp — flew overhead.

The site supervisor and his construction crew raised it high for all to see, that they stand in solidarity with residential school survivors and those fighting racism.

“A big reason why we put this up was because of the social media buzz with the anti-rally against it and we just wanted the community to know we’re not putting up with that at all,” said the worker.

It comes in the wake of a death threat towards organizers of an anti-racism car rally, organized by Resilience BC Anti-Racism Network, a provincial program that aims to prevent incidents of racism and hate.

The car rally was supposed to be held Sunday afternoon at Nanaimo’s Vancouver Island University but was postponed after someone e-mailed organizers and called the event anti-white, and warned that if it went ahead, anyone attending would be shot.

Nanaimo’s mayor Leonoard Krog said he’s upset that someone would take time out of their day to send a hateful and threatening e-mail to the organizers of a positive event, causing it to be postponed.

“We should be proud of being Canadians instead of making stupid, ridiculous threats. Because I’m not going to believe someone would seriously consider doing that in our city but I am angered by it and frustrated that it was postponed,” said Krog.

“It’s the kind of stupid act that most of us resent, some will support. We don’t even know he’s part of our community. If he is I want to call him out.”

However, since news of the rally’s cancellation came to light, organizers have announced that the event has been rescheduled for July 25. Krog says judging by the support he’s seeing for the organizers in his community, he believes a large crowd will attend.

“What this idiot has done is, what would have been a small rally, will be well attended next time,” he said.

Nanaimo RCMP have told CHEK News they are investigating the threatening e-mail and take the matter seriously. 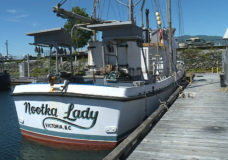 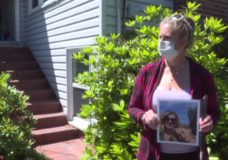