WATCH: It was a busy morning for first responders and hydro crews. Luisa Alvarez has the details on how snow meant chaos in the West Shore.

If you live in the West Shore you woke up to a winter wonderland of snow coverage and no school.

Classes for the entire Sooke school district were canceled but while the snow may look pretty, Tuesday morning’s weather meant no power and chaos on the roads.

? It was crazy cause then we had trees coming down, power lines coming down and then some cars not prepared for the weather,? said Metchosin public works foreman Eric Meredith.

which meant a very busy morning for first responders. Cst. M Baker with the West Shore RCMP says they received a high volume of calls.

” I don’t have the exact number but there has been a significant number of calls more than we normally have just based on the weather alone,” said Baker.

? It?s quite a sizable tree it did land on the power line and it caused some major problems for people in the area,? said Stewart Eaton with Mainroad South Island.

Hundreds in the area were without power and commuters stuck at a standstill. Some longer than four hours until it was finally cleared just after 10:30 am.

“For safety obviously we can?t touch it until hydro confirmed that it’s okay to work on so it was just a time issue to get it all cleared,? said Eaton.
West Shore RCMP say luckily no one was hurt and no major weather-related incidents were reported but they warn drive with caution and leave extra stopping room.

” Be confident in your ability, you don’t want to overestimate what you are capable of if you don’t feel like driving then don’t drive,” said Baker.
Even though the snow was predicted nobody anticipated it quite like this.

? It caught us and public works, our road clearing crews a little bit off guard. Normally they are right on top of things based on communications with different weather networks and such but unfortunately this morning something happened that the snow came unexpectedly,? said Metchosin Fire Chief Stephanie Dunlop.

Dunlop adds it’s not over yet as they are expecting another arctic front coming in, Tuesday night.

This time crews are ready with a plan to make sure the roads are cleared and safe.

” We want to make sure the side streets and everything are clean before the freeze happens so, we are going to do all of that and then we are going to prep and put some salt on the roads,” said Meredith. 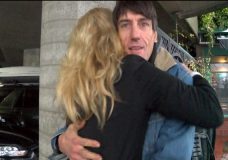 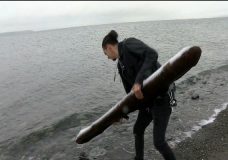