An organization aimed at promoting Indigenous languages, cultures and arts launched the First Peoples’ Map on Tuesday, an interactive online platform that features information about different Indigenous groups in the province.

First Peoples’ Cultural Council (FPCC) describes it as the first map of its kind in Canada — users can learn more about the 34 First Nations languages spoken across the province, listen to greetings and pronunciations of place names, find local Indigenous artists, artwork and search landmarks and cultural centres.

“Currently, there’s no map like this. It’s unique in content and scope,” said Hannah Mashon, the organization’s communication officer.

It took FPCC two years to develop the map, but other variations of the platform existed since 2008.

“I feel like there’s a real thirst for people to learn about Indigenous peoples right now, so this tool is beneficial for everyone,” Mashon said.

She adds the tool is accessible and user-friendly.

“Anyone … can go to the map and just start exploring. You can zoom into geographical areas. You can search by keyword. You can listen to pronunciations and greetings from communities,” she said.

“I think communities are really excited just to be acknowledged and have their work represented in a culturally safe way and to be the content creators. I think is really important,” Mashon continued.

The platform has been proven useful by BC Wildfire Service.

“It’s really important for us to have some cultural awareness as a person may not be familiar with an area that they’re in, but by using this tool, they’re able to kind of see different language groups, different territories,” said Forrest Tower of BC Wildfire Service.

It helps them cut the time it takes to learn about the area they have to respond to and determine if they need to use different tactics when dispatched.

‘If we’re using heavy equipment, for example, there may be areas that are not super obvious, but are important sites,” Tower said.

The?First Peoples’ Cultural Council?hope to expand the map to include more Indigenous content creators from across the country. 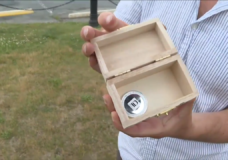 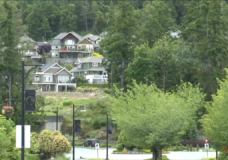