If you’ve been up to Lake Cowichan recently, you might have seen him.

For the past month Andrew Braye has been Lake Cowichan’s resident pirate. It all started with one idea.

“I thought why don’t I invest my own money and do this for the community and hide something cool and make it a treasure hunt and why don’t I make it on a weekly basis and do it for 3 months straight,” says Braye.

For the past month Braye has been hiding everything from silver coins to colouring pages throughout Lake Cowichan and posting clues to his Facebook page. The response from residents of the small town was exactly what Braye hoped for.

“We got kids coming out and then people who were sometimes already at the locations and we’d just share what was going on and it blew up, people loved it so much,” says Braye.

The community has also stepped up to help, with businesses such as the Tube Shack covering the cost of toys and other supplies.

“We’re a small business but it’s something that we’re in a position to help with so [we’re] definitely happy to be involved with that,” says Tube Shack manager Erika Friese.

“We have a big impact here as a business and it’s kind of the duty of those businesses to help out with the community and do good for them,” adds Friese.

For Braye, who has autism, each treasure hunt brings him endless amounts of joy and meaning.

“So when I see the kids smiling I think of myself and I smile greatly because we all want that as a kid,” adds Braye.

It’s that sense of joy that has Braye wanting others to follow his lead.

“I actually don’t care if people copy it, it’s only a good thing,” says Braye.

To get in on the next treasure hunt, join the Lake Cowichan Treasure Hunters Facebook group. 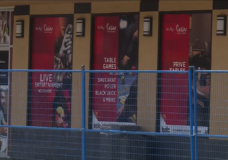 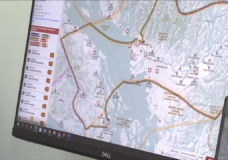