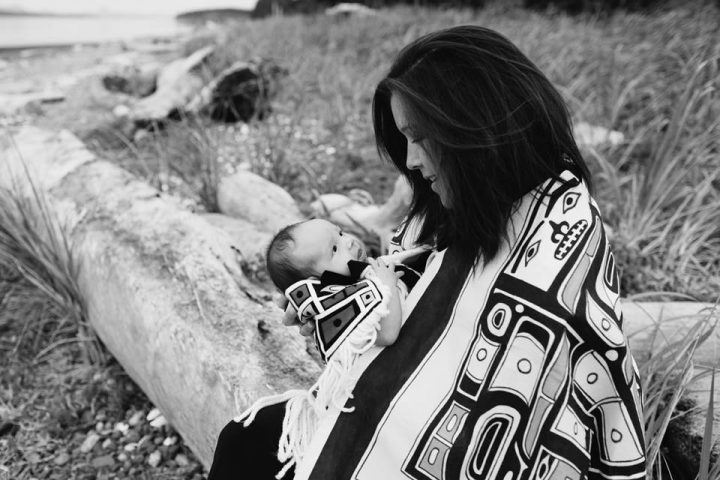 Ferrin Willie and her daughter with the missing painted Chilikat blanket. The blanket is a John Livingston design with black, yellow and moss green. The apron is missing as well. Courtesy of Ferrin Willie

Ceremonial heirlooms that were taken from a family’s home in Port Hardy have been recovered.

The Vancouver Island family originally sent out a plea on Monday to ask for the return of ceremonial heirlooms that were stolen from their home in Port Hardy.

Last Friday, Ferrin Willie and her partner Jordan Hunt travelled from Victoria to the family home in Port Hardy to pick up the regalia they needed for their daughter’s 10 moons ceremony. At first, Hunt couldn’t find the regalia in the storage room and when Willie came over to help, she couldn’t find any of the items either.

“I realized that we must obviously have been robbed and our regalia had been stolen,” Willie said.

At least 68 items were taken from the family collection of First Nations regalia and art. The stolen items included masks, rattles, blankets, aprons, headdresses and drums. Willie and her three siblings had inherited some of the items from their late father, David Gladstone. Gladstone was an Heiltsuk artist and former chief who passed away 12 years ago.

However, on Wednesday afternoon, the family got the good news that the stolen items had been found near Campbell River by the local logging company the family had been renting their furnished house to. The company will bring the items to the family on Friday, where Willie said she will check that all of the items are there and if they have been damaged.

“I didn’t really have a whole lot of hope.” 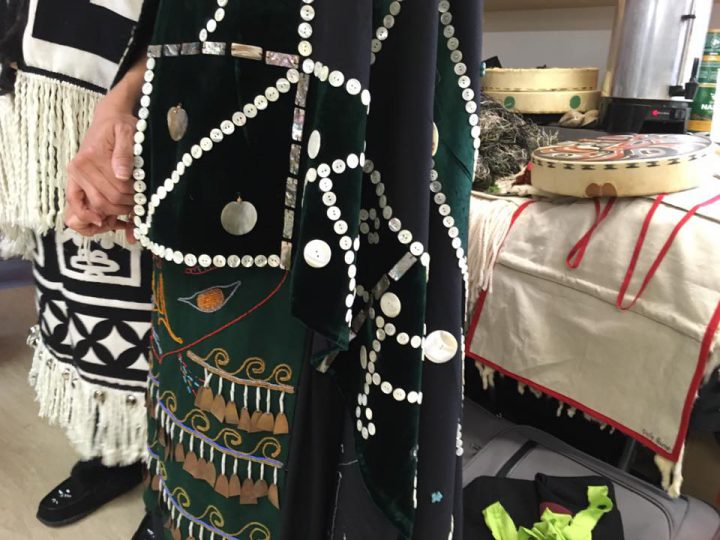 A missing green apron with beaded detailing and copper pieces, with an upside down whale and a bird on top. The name Lillian Gladstone may be written on the inside.

According to Willie, six trunks had been emptied out and two trunks were taken during the theft. The trunks had not been locked at the time but the family discovered the door to the room was unlocked when they got to the house to prepare for the weekend ceremony.

“Initially I just discovered that our personal collection was gone and in that was a blanket and apron set,” Willie said.

Willie said she had planned to use the Chilkat blanket-apron set for her daughter’s 10 moons ceremony, a Kwakwaka’wakw naming ritual for children. The blanket had been made for her older daughter, who is six. The blanket has a yellow, black and white border.

“That was really upsetting because at that point, it’s like eight o’clock at night and her naming ceremony was going to be the next day in the afternoon and not having anything made for her, that was really hard to take in,” Willie said.

When she was driving away from the house, Willie remembered she had made a little blanket and apron that she made her daughter when she was three months old. Willie’s mother quickly sewed a border to extend the set.

Now that she has received news that the items have been recovered, Willie said if the blanket and apron have been found, they will be used for another ceremony for her youngest daughter at a feast in a couple of weeks. 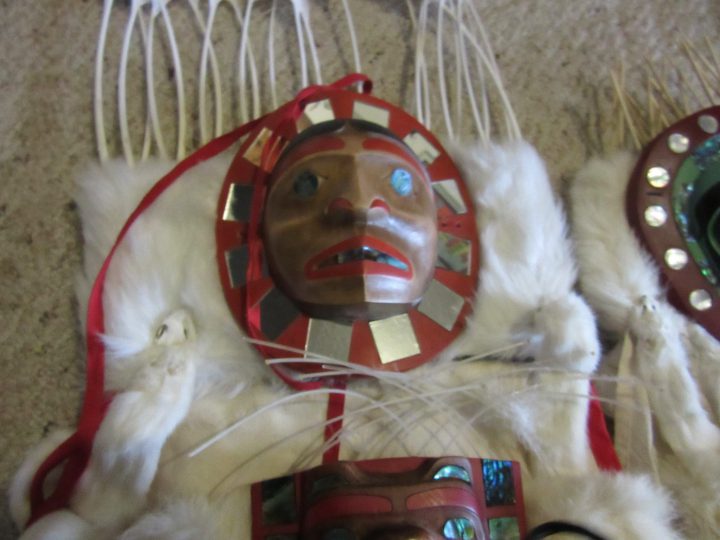 Sun frontlet by Calvin Hunt that is missing. Courtesy of Ferrin Willie.

The police were called after the family discovered the theft. Willie said they think the items were stolen between mid-April and May.

She had also talked to a man who owns several pawn shops on the Island, who told her he didn’t think they would show up in one of his shops or any others on Vancouver Island.

“It’s kind of a unique thing it seems,” Willie said. “Not your typical robbery.”

As the days passed, Willie said she was accepting the situation.

“Initially to me, it honestly felt like somebody had died. I just felt such a huge sense of loss and grief and it was really hard to pull myself together to move forward for our feast and what we needed to do,” Willie said.

Willie said she is appreciative of the community response and support.

Our family treasures have been stolen! Please help us find them! These photos are just a bit of what was taken from… 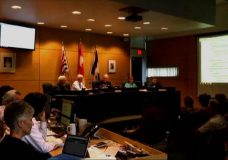 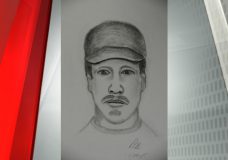