First BC ride hailing company approved based in Tofino

The first ride hailing company that has been approved to operate in B.C. is based in Tofino, according to the Passenger Transportation Board.

Green Coast Ventures Inc. will be able to operate everywhere on Vancouver Island excluding the Capital Regional District. They will also be allowed to operate in the Lower Mainland and Whistler.

The names the company filed with are Whistle, WhistleRide, Whistle Ride Co. They were approved for all the areas they applied for.

Green Coast was incorporated back in 2002 as Tofino Bus Services Inc. or “Tofino Bus”. The corporation changed its name to Green Coast Ventures Inc. on September 16, 2019.

Dylan Green, who used to own Tofino bus, is named on the application as the “principal”. Tofino Bus changed hands to the family that also owns Wilson’s Transportation back in 2018.

The application says the company is located in Tofino.

Green Coast proposed to bring ride hailing services to the Alberni-Clayoquot and Squamish-Lillooet area, centering services on the resort communities of Tofino/Ucluelet and Whistler/Pemberton/Squamish.

They will have an app called “Whistle App”. They say they focus on resort towns “where the struggle for transit solutions during peak times is the greatest.”

They also say passengers may also be able to choose to share their ride “aiming to reduce fares for locals who often have to commute from outside of town to work. ”

Another company, LTG Technologies Ltd. based in Victoria, was denied their application. They applied to operate in the CRD, Vancouver Island, and Okanagan – Kootenay-Boundary-Cariboo.

They planned to use the name “Lucky to Go” and use an app called “Lucky-to-Go”.

The Passenger Transportation Board had some “significant” concerns with their application such as:

The board went on to say the striking feature of LTG’s business plan was their focus on the technology aspects of the Lucky-to-Go App. They say critically, the business plan did not reveal an understanding of the passenger transportation business generally.

A total 24 ride hailing applications were received by the board, including Green Coast and LTG. 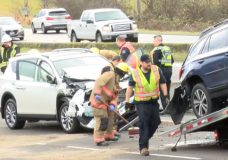 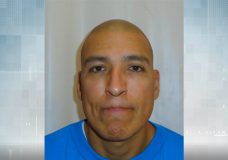