After a hot weekend across Vancouver Island temperatures were more comfortable Monday but under sunny skies, the forests were continuing to dry to out.

“For July and August we’re going to start heating up,” Fire Information Officer Marg Drysdale said.
“We may have some rain though that period but temperatures are going to be above normal so people do have to be cautious.”
There have been 21 fires in the Coastal Fire Centre area so far this season and while that’s only half the normal number due to a wet spring, all of them have been human caused.
That includes a 15-hectare blaze in a cut block south of Port Alberni that broke out on Saturday.
Firefighters worked on the ground all day Monday to keep it from growing and officials say the exact cause is still being investigated.
“We are watching human behaviour. It definitely makes a difference how many fire starts we do get,” Drysdale said.
One of the first concerns in any forest fire is if there are any nearby structures.
The Oyster River Fire Department along with numerous other agencies practiced over the weekend for what’s called an interface fire.
“Anywhere the forest is intertwining with the community is a good possibility but yes in our area where it’s more rural there’s a lot more houses that are in the interface that we have to deal with.” Oyster River Fire Chief Bruce Green said.
More fire departments like Oyster River are getting structural protection units that are full of gear needed to protect homes in the woods.
“We’ve got a portable tank that holds 1500 gallons of water” Green said. “There’s two Mark 3 pumps there. There’s also two mini striker pumps.”
And lots of sprinklers as well that attach to the eavestroughs.
Some local fire departments also sell smaller kits for homeowners. 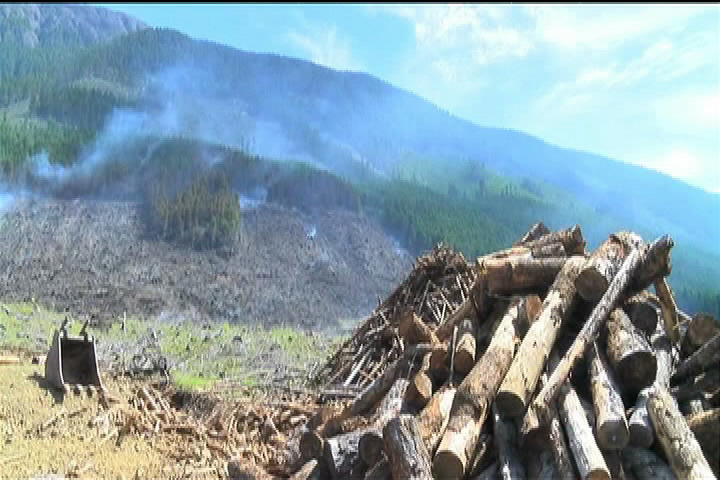 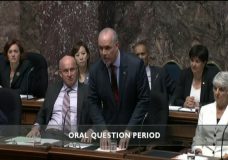 Fiery exchanges in B.C. Legislature as all eyes turn to Thursday 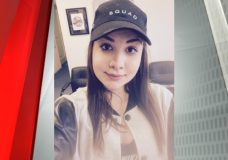