May 30, 2020 updated
CHEK
WatchIt is the final, fatal blow for Victoria's cruise ship season. On Friday, Ottawa announced that most vessels will not be allowed into Canadian waters until November. In Victoria, that means over 100 million dollars for the local economy and hundreds of jobs are gone. Julian Kolsut reports

Victoria’s cruise ship season has come to an end following an announcement from Ottawa Friday.

“Cruise ships with overnight accommodations and a capacity of more than 100 persons, that includes passengers and crew, will be prohibited from operating in Canadian waters until at least October the 31st,” said federal Minister of Transport Marc Garneau.

Around $130 million dollars is now gone from Victoria’s economy, and around 800 jobs are also lost as a result.

Greater Victoria’s Harbour Authority agrees with the decision following concerns about COVID-19, but says the news is still devastating.

They are also asking for assistance to keep Victoria’s tourism industry going.

“It puts the final nail in the coffin for the 2020 cruise season,” said Harbour Authority CEO Ian Robinson.

“It’s very difficult to absorb. We were looking forward to having another record cruise season. There were well over 300 ships calls bringing in over 770,000 passengers. It was going to be another record year. Cruise is extremely important economically.”

The harbour authority relies on the season for 70 per cent of their revenues. They’ve been forced to lay off almost 50 per cent of their staff but say they will be able to make it through the crisis. But residents could be impacted in more ways than just less business.

“We will get through this as an organization, but there could be some impacts to residents around the properties we are responsible for stewarding,” said Robinson.

But their biggest worry is about small and medium businesses

Fisherman’s Wharf is one of the bustling spots when ships visit. Summer is what keeps many of the shops going through the tough winter season.

“Maybe half of our business comes from cruise ships, in our busiest months July and August. I feel bad for the students that I would normally hire. We are just going to do it with a skeleton staff.”

Victoria’s Barb’s Fish & Chips has been a staple for 35 years. They say the ships only make up to around 15 per cent of their business, but with few other ways for visitors to come this summer, they are expecting it to be tough.

“I think survival is the name of the game is 2020. Ultimately recovery will be years,” said owner Ian Poyntz.

Locals will be critical to keeping the shops going.

The harbour authority is calling on both the federal and provincial governments to help keep Victoria’s tourism economy afloat.

“Quite frankly I don’t think its enough I think governments at all levels,” said Robinson.

“We have to focus in on what type of financial support can be available to those small and medium-sized tourism operators so they can get through the fall and winter, so they are here next year for when tourism and cruise returns.” 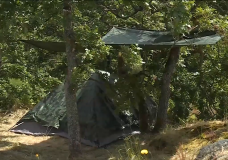 Victoria approves $300K to move homeless into hotels, possibly outside of the city 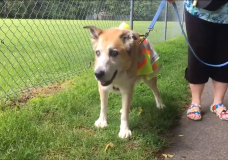