The final steel components for Victoria’s new Johnson Street Bridge have been loaded onto a ship and are now sailing from China.

The bridge’s deck and truss structure has left Shanghai and will take approximately 25 days to cross the Pacific Ocean, arriving in late September, according to a release from the city.  The ship’s progress can be tracked online via MarineTraffic.com.

The steel could be offloaded either in Victoria or in Vancouver, depending on timing. Once the steel arrives in Victoria it will be cleaned and then inspected for any possible damage during shipping.

Once the pieces arrive, work will be done in the upper harbour to attach the pedestrian walkway and the multi-use pathway to the deck structure, as well as install the bridge architectural and traffic lighting and the new deck surface.

During all this work over the coming months, marine channel closures as well as vehicle and pedestrian traffic closures on the current bridge will be necessary in order to safely move equipment and the large steel pieces. 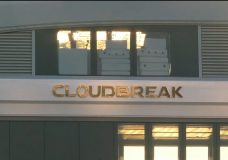 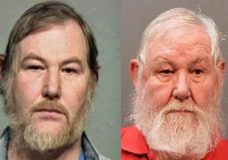