WATCH: The third season of a popular U.S. TV series is about to be filmed on central Vancouver Island.

Cast members from the hit TV show Chesapeake Shores are returning to the Oceanside area to begin filming the show’s third season. Filming is set to start this week, and Parksville-Qualicum Beach will again play host to the show’s actors and crew and be used as the backdrop for the multi-generational family drama.

Actors posted excitedly on social media about their return, including Andrew Francis, who plays Connor on the show.

The Hallmark Channel gave Chesapeake Shores the green light for a third season this January, and the announcement had both fans and cast members, like lead actress Meghan Ory, thrilled.

“We couldn’t be more happy about it,” says INFilm’s Joan Miller. “Season three is coming and they’re hiring more locals than they ever have. They’re staying here for four months.”

Trucks rolled out for the start of filming to start Tuesday in the Parksville/Nanoose Bay region.

“Production has been gearing up for a while now,” says Miller. “The studio is all ready to go so not only are we here now filming on location but now we have an active studio. Sets are being built. More jobs are being created.”

This year scouting for locations has been from Nanaimo to the Comox Valley and the amount of people hired locally has grown each season.

This year the film commission says it will be close to 80 per cent, up from 30 per cent during the filming of season one.

According to Hallmark, the series has cracked the code to become the most-watched original series in network history.

Based on the novels of New York Times bestselling author Sherryl Woods, viewers have fallen in love with the show that centres around main character Abby O’Brien. O’Brien, a high powered career woman, divorcee and mother to twin daughters, is adjusting to a big move back to her hometown of Chesapeake Shores. She’s joined by old friends and new, who navigate the complexities of life and love, in a storyline that attracts a wide range of ages.

The show not only brings in the big views but also big business to the mid-Island economy.

According to a Hallmark, season three will include 10 episodes and will premiere sometime in summer 2018. 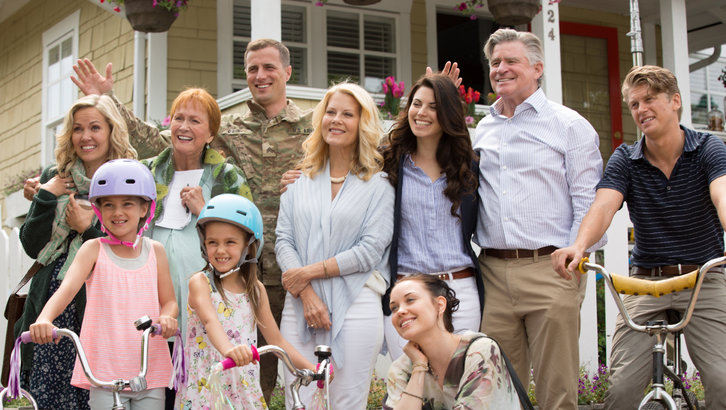 Chesapeake Shores cast has arrived back on Vancouver Island for filming of season three. (Hallmark) 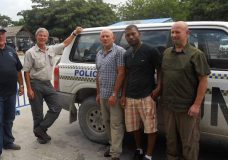 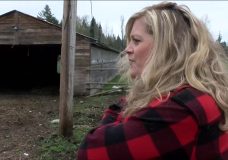